For centuries, the use of omega-3 fatty acids from fish oils has been recommended for cardiovascular health, but nowadays, omega-3s are becoming increasingly popular due to their clinically proven benefits toward enhancing mental health. There are two main types of omega-3 fatty acids, known as EPA (Eicosapentaenoic Acid) and DHA (Docosahexaenoic Acid), which boost mental clarity throughout the day by improving cognitive function.

DHA, in particular, is an essential nutrient that supports proper brain development and function throughout a person’s entire lifespan. However, the body may struggle to produce sufficient amounts of DHA. As a matter of fact, research indicates that about 70 percent of Americans have an omega-3 deficiency.

Therefore, omega-3 fatty acid supplementation is an important part of a daily diet. Taking omega-3s regularly helps the body maintain sufficient amounts of DHA, which is essential since inadequate levels of DHA are linked to cognitive impairments that include the loss of mental clarity and restlessness.

EPA has been shown to disrupt the activity of enzymes that influence the development of inflammation in different parts of the body, including the brain. Indeed, research indicates that omega-3 fatty acids target inflammation that may affect nerves in the brain, and this is especially beneficial because inflamed nerves may lead to the onset of neurocognitive decline as well as certain psychiatric conditions.

However, brain cells rapidly use EPA, and this means that it needs to be continuously consumed through food or dietary supplements in order to experience long-term benefits. Consuming a diet that offers a rich supply of omega-3 fatty acids is the key to experiencing sustained mental energy, concentration, rapid processing speed, and optimal working memory throughout the day.

In addition to boosting cognitive function, omega-3s also target issues such as hyperactivity, memory problems, behavioral deficits, psychosocial difficulties, and learning impairments. These properties are useful for children who struggle throughout the day to remain focused and calm. According to research, the mechanism that is responsible for these benefits involves the ability of omega-3 fatty acids to heighten the production of dopamine, which is a key chemical messenger (neurotransmitter) in the brain.

Dopamine influences memory processing, attention, learning, emotional control and mood. Low levels of omega-3s may also cause insufficient amounts of dopamine in the brain, and this appears to be linked to a higher incidence of psychiatric characteristics (e.g., restlessness, hyperactivity, psychosocial problems) and disorders. In other words, omega-3 supplements may be a good alternative for heightening mental performance and behavior, especially in children.

The ability of omega-3s to improve fatigue as well as learning, hyperactivity, behavioral, and psychosocial issues by targeting chemical messengers in the brain has repeatedly been demonstrated through clinical studies. These studies compared groups of children who regularly took omega-3 supplements to other groups of children who took a placebo.

Furthermore, children with emotional and developmental difficulties who started taking omega-3 supplements regularly experienced reduced levels of lethargy and begin to increase their use of gestures. Based on these findings, omega-3 fatty acids were deemed as beneficial nutrients that help children who are experiencing educational problems and issues such as hyperactivity. Overall, maintaining sufficient levels of omega-3 fatty acids in the brain is critical toward addressing various types of neurocognitive issues. 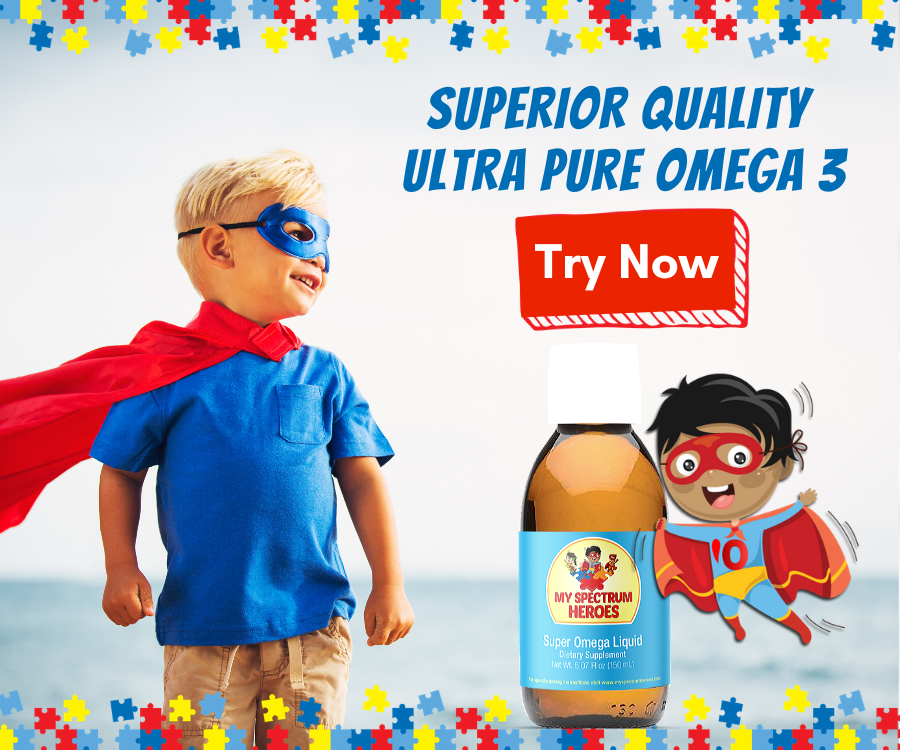 Denise Voight, MS, is a Clinical Nutritionist with a Master of Science in Human Nutrition and Functional Medicine specializing in Nutritional Intervention for autism spectrum disorders and ADHD. She is an expert in applying scientifically proven food and nutrition therapies to improve health, learning, and behavior in children with autism.