Home » Personal Narrative » Getting Away from the Comfort Zone

Getting Away from the Comfort Zone

I am not just a mom; I am an autism mom. Of my three children, two of them have autism spectrum disorder (ASD). One of them also has a mild intellectual disability. 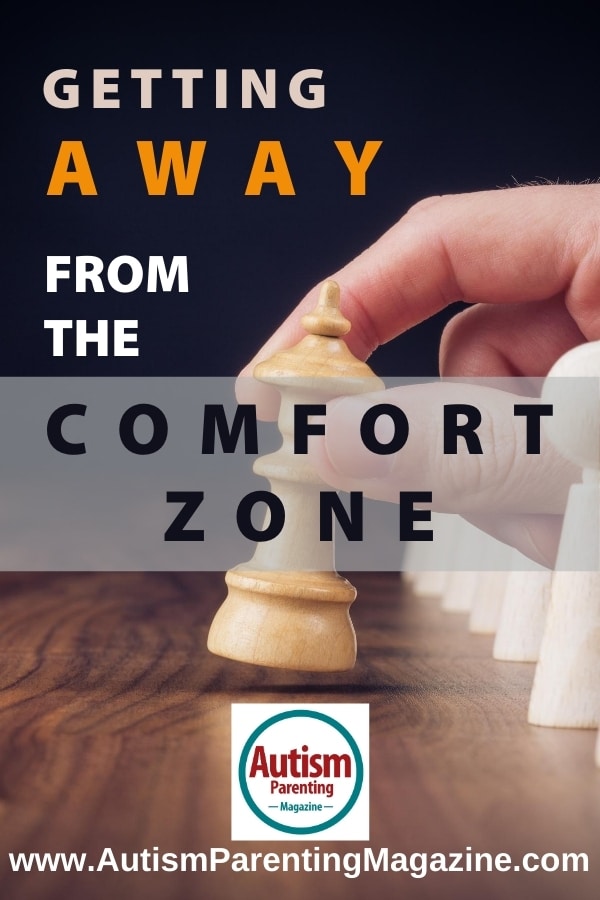 All my children are adults now, but my two with ASD continue to live with me. My life experiences have thus led me to a career in this field—a master’s in psychology, and currently working toward a PhD in psychology.

None of my educational experiences or even my career experiences have taught me as much about autism as my day to day life with my children. The advice I have for other parents of children with ASD is to CAREFULLY take them out of their comfort zone as much as possible while they are young.

My daughter is 20 and my son is 27. Both have since made tremendous progress in their ability to cope with their situations. I don’t like to refer to autism as a disability because in many ways, they have strengths that many people do not have.

Although they are not yet ready to live on their own, I feel that one day my son at least will be able to achieve this. Both, however, have jobs in the community. It can be very difficult for people with ASD to find and maintain employment.

I attribute their success largely to their exposure to environments and elements that were outside of where they were comfortable. I feel strongly that if we had catered to their autism by shielding them from things that made them feel uneasy when they were young, we would have done a great disservice to them later in life by preventing growth and the development of coping mechanisms.

I’ll be the first to say that I was the world’s worst at being an overprotective mom when my children were little. I didn’t want them to be in any situation that they would be unhappy, getting hurt, or possibly becoming scared. I protected them from everything. However, one day my son’s speech therapist very bluntly told me that I was in fact not helping my children be protecting them from everything.

She explained to me that I had to let them do things for themselves and be exposed to different environments. Normally, I wouldn’t have taken this criticism well from anyone else. However, I had such respect for her, and I knew she was trying to help me to help my children to be the most independent and happy that they could possibly be. I took her advice and the results were transformative.

At the time, my son was particularly sensory defensive, especially with noise. He didn’t like any noise of any kind. This meant no restaurants, no movie theaters, no vacuum cleaner, no blender. Nothing noisy at all. So, we began to expose him to noises, gradually. We did it in a fun way. For example, to integrate him into noisy restaurants, we started taking him to loud pizza places with games or fast food places with play equipment during busy times of the day.


Then we started taking him to the movies, amusement parks, school football games, and Science Spectrum. My husband even took him to an indoor Monster Trucks show. This was by far the loudest event and he did cry at first, but after the initial shock of it wore off, this ended up being his favorite thing to do each year, and it even became a tradition for him and my husband.

Today, college football games and concerts are his favorite events to attend and he handles the noise level and the crowd of people very well. His life would not be the same today if we had not encouraged him to attend these events that did make him very uncomfortable at first.

My daughter has had numerous things that made her feel very anxious. Although this may not relate as much to her autism, she developed an intense fear of birds. The fear became so extreme that she would not play outside, she would dart in front of cars while running from birds, and it prevented her from enjoying any outdoor activities. This became progressively worse and a real safety concern.

I knew this had to be addressed because she could not realistically go on this way. As with my son, we began taking her to activities and places that we knew would have birds. I started taking her to the park near our house to walk around the track. There is a lake there with thousands of birds. At first, she started panicking but I showed her that the birds are just as afraid and do not want to bother her. She loves dogs, so we would take her to pet stores.

We would look at the birds in the cages and talk about how pretty and talented some of them are. Then we would go to the pet stores that had birds out of their cages. She wasn’t a fan of this, but she was able to see the puppies at the same time and the birds never left their perch. She absolutely loves monkeys, so we took her a few zoos.

She was very unhappy to find out that there were birds loose, but she was able to deal with this because she was so happy to see the monkeys. We also showed her that people were holding the birds and were not attacked by them in any way. After many different types of bird related activities, she still doesn’t like them, but she can co-exist with and enjoys being outdoors.

These were only two examples of times when bringing my children out of their comfort zones made a positive impact on their lives, but there are many more. By desensitizing, it also helps them to be more successful in obtaining and maintaining employment, possibly driving, socialization, and much more. I am thankful for my son’s teacher for being the one that lit a fire in me to help my children to move away from their comfort zones.

This article was featured in Issue 102 – Supporting ASD Needs Everyday