Top Advice on How to Approach Your ASD Teen About Hygiene 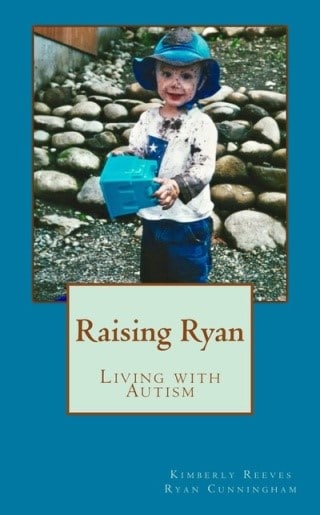 My son Ryan entered puberty way ahead of schedule, and I was caught by surprise scrambling to create strategies to help navigate his increased need for a basic daily hygiene regimen. What I needed was a buy-in from him: a plan to get Ry excited about cleanliness and a method to point him down the path of independence. 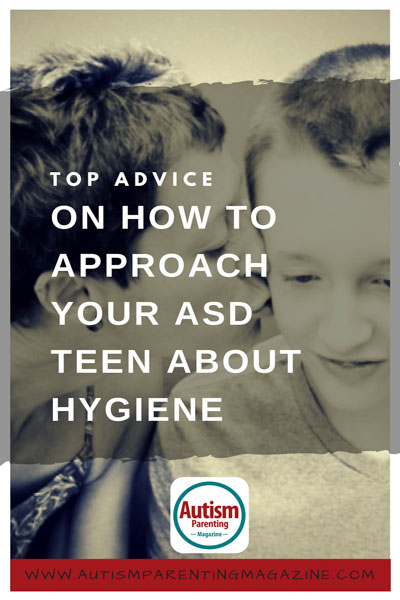 It seemed that the first natural step in the process was for me to explain to him the myriad of changes that were happening to his body and answer any questions that he might have. He was entering puberty at 10 years of age and as a single parent, it was my role to share with him what I knew about this and quell any nervousness he had about the shifts in his body.

As we sat down, I acknowledged that our conversation might be embarrassing for him and asked how he felt. He agreed that it was uncomfortable, but wanted to talk about it with me. His response helped set the tone and speaking in a quiet voice, I gently told him about puberty and his slow transition to manhood. We covered the basics; he asked questions, I answered them, and we got through the moment with tenderness and a deeper understanding of one other and the next chapter in our lives.

With “that conversation” out of the way, I needed to find a way to help Ry create enthusiasm about his personal hygiene. It was time to go shopping…the goal, create a welcoming environment in which Ry was in charge of his process.

Ry and I share a bathroom and had the standard, generic, white towel sets from JC Penney. I thought that Ry might get more excited about bathing independently and daily if he could choose his own towels and washcloths. After lots of texture testing, folding and unfolding of towels, Ry chose a super comfy, Egyptian cotton, rainbow-striped set of towels and cloths. It was the perfect start to our process, and I was feeling relieved that things were going well…so far.

Next on the list, body wash. Again, I knew this had to be his choice. He needed to feel in control, in charge, and I was happy to get out of the way, mostly. He methodically picked up bottle after bottle, inspecting, reading labels, and opening lids to smell the array of scents. I could see that he was getting stressed, his tics (ear twisting) coming to the surface, but he hung in there and finally decided upon a “guy” body wash that was best for him, and we were headed to the deodorant section of the store.

On the deodorant aisle, Ry declared that he wanted an organic, unscented deodorant, not antiperspirant. Why? I hadn’t a clue, but with fingers crossed, I was determined to find a product that met his rigid specifications and hopefully avoid any potential meltdowns. After scouring the shelves, who knew were so many products, we finally stumbled upon the single deodorant that met with his high standards, and we headed to the checkout stand.

Towels, body wash and deodorant in hand, we went home and equipped the bathroom. I was feeling successful and thought this transition was going to be a piece of cake, but nothing could have been further from the truth. Ry was accustomed to daily reminders and help with teeth brushing. It had been our ritual since he was a toddler, but the “guy” stuff was a different matter. He did not want help, especially from Mom, and the multitude of daily reminders were aggravating and stressing our relationship. How could I empower him and ensure he was on task each day without damaging our relationship?


In first grade, his instructional aide created a job box for him; a simple check-off sheet for tasks that Ry needed to complete in order to get through his stressful school day. The technique was moderately successful, and I decided to give it a try at home. Working off that model, I placed a laminated checklist in the bathroom. It was organized by days of the week and had boxes for him to check off for shower, teeth and deodorizing. I used clip art to make it fun and attached it to the wall by the sink. Ry wasn’t the type of kid that responded well to a reward system, but he enjoyed recording his own successes, and we were (he was) making mostly steady progress with consistent and constant positive reinforcement.

The last challenge showed up a couple of years later when it was time for Ryan to shave. I wasn’t sure how to proceed but was reticent to put a safety razor in his hands. As far as I could tell, the obvious other option was an electric razor. It was safe, he couldn’t injure himself, and there was no need to deal with shaving crème application and mess. I wasn’t sure if the vibrations would aggravate any sensory issues, but decided to take a chance and purchased a perfectly serviceable Braun.

I brought it home and immediately gave Ryan the owner’s manual. As a very young child, Ryan fixated on owner’s manuals, and I thought I could utilize that behavior to help him feel more comfortable. I gave him all the time he needed to read about the razor and to get familiar with its functions, and then we headed into the bathroom. As I plugged in and turned on the razor, Ry balked at the idea of using it on his face. I couldn’t blame him. It was foreign, and the vibrating noise was a little scary.

I decided that the best strategy was to place the razor on another body part first. I took my hand, palm up, and pressed the heads of the razor on to my palm. The vibrations began to tickle, and I started to laugh. Ry asking, “What’s happening?” I explained that the heads of the razor were tickling my hand and did he want to try it. He hesitantly agreed and I placed it on his palm. Initially, he pulled back, but then harnessed his bravery and tried again.  From that point of acceptance and exploration, we slowly migrated to his cheeks, chin and neck. It wasn’t an easy transition, but we got through it slowly, intact, and without any major issues. I expanded the job box to include a beard and Ry was checking it off once or twice a week… success!

As he aged, racing toward his teen years, he began to push back about the electric razor. He decided it was no longer comfortable, it pulled at his facial hair, and he wanted to use a real razor. I was more than ready to help him with that process, but I was out of my league. I had no idea how to properly teach him to shave his face. I was the only adult in the household, and I felt he needed a guy to show him the ropes, an important rite of passage into manhood.

After much consideration, I phoned my father and asked him to tutor Ry through his first experience with a real razor. My father enthusiastically agreed and taught Ry the tricks of the trade; when to go with the grain, against the grain, how to get those tough spots along the neck and how to puff his cheeks to get a closer shave. It was a wonderful moment, Ry felt closer to his grandfather, and he left the experience with the skills to manage his more mature and faster growing facial hair.

By the time Ry turned 15 years old we were able to dispense with the checklist, and he was fully in charge of his personal hygiene. It was a long process, but one that worked well in our household. When I consider the techniques I utilized to teach Ry a personal hygiene routine, I can break it down to a few bullet points:

One parting note, for every step forward, we squarely took more than a few steps back; none of this was easy. One of my favorite stories was the night Ry called the police on me. He and I were going back and forth that evening about his refusal to shave his neck. It had been a few weeks of neglect, he was closely approaching a wolfman look, and I was completely over it. I tried every trick in the book to get him to shave, and my patience was running thin. Instead of getting into an argument, I surrendered and went to bed early, hoping for a fresh start in the morning.

Close to 11 p.m. I saw unusual disco-esque lights in my hallway and heard a loud knock on my bedroom door. “Bellingham Police, Ma’am. Can we speak to you?” Powering out of sleep, my mind racing, thinking the worst, I said, “Just a moment!” and jumped out of bed! As I accompanied the officer down the hall, he informed me that my son had called them to report me. “Report me? For what?” Embarrassed the officer said, “For asking him to shave tonight!” Laughing I said, “He is autistic.” The officer responded, “Yes ma’am, we worked that out.” And so Ry gave me a not so subtle reminder that my timeline and his timeline were not the same and I needed a lot more patience and a continued sense of humor to help him through his teenage years.

Love the Life You Live 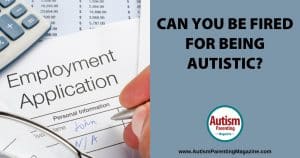 Can You Be Fired for Being Autistic? 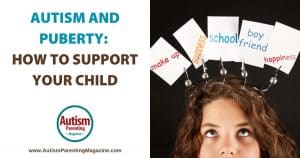 Autism and Puberty: How to Support Your Child 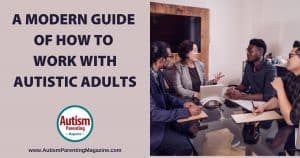 A Modern Guide of How to Work with Autistic Adults 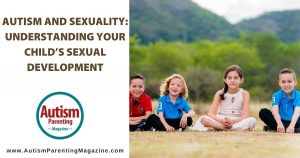 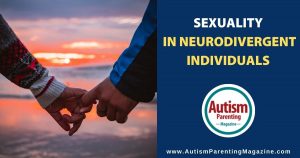 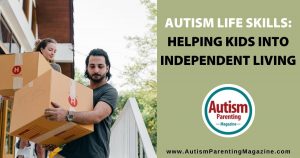 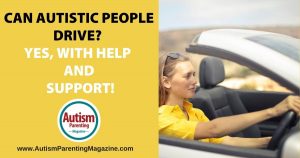 Can Autistic People Drive? Yes, With Help and Support! 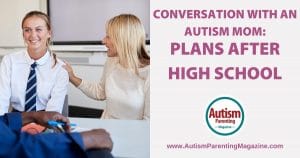 Conversation with an Autism Mom: Plans after High School 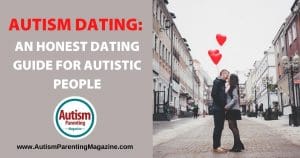 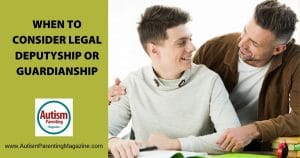 When to Consider Legal Deputyship or Guardianship 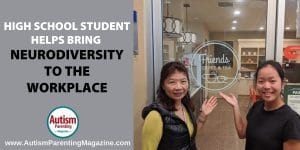 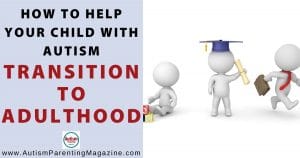 How to Help Your Child with Autism Transition to Adulthood 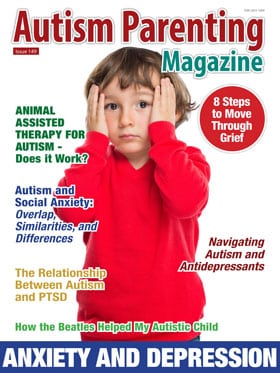 234
SHARES
Share on FacebookShare on TwitterShare on Pinterest
We use cookies on our website to customize our marketing and give you the most relevant experience by remembering your preferences and repeat visits. By clicking “Accept”, you consent to the use of ALL the cookies. However you may visit Cookie Settings to provide a controlled consent.
Cookie settingsACCEPT
Manage consent