A profile feature about Panathlon, a UK charity that gives young people with special needs the opportunity to engage in competitive sport.

Children with autism have flourished in and out of the sporting arena as a result of Panathlon’s competitions for pupils with disabilities and special educational needs.

Pre-Covid, over 20,000 young people from more than 300 schools participated every year in Panathlon’s sporting competitions for elementary, middle, and high school-aged children, which take place all over England and Wales. Activities include multi-sports, swimming, football, boccia, and ten-pin bowling.

Panathlon’s competitions are tightly scheduled and structured, and designed to be accessible for children with sensory processing difficulties. Time and again at Panathlon competitions, teachers and parents have reported that autistic children have found a sense of belonging through representing their school and have engaged in social interaction, something they often struggle with in other environments.

Pupils from Doucecroft School (a specialist co-educational school for children with autism and additional complex needs in Colchester, Essex) have been competing in Panathlon events for several years.

Their PE teacher Andrea Griffiths says: “Panathlon’s structure is perfect because children know exactly where they should be, what they’re doing, and what’s coming next. Knowing what to expect is crucial for autistic children.


“I can’t tell you how much introducing Panathlon has changed the school. Panathlon events have opened our staff’s eyes. They can see how happy the students are at the events and on their return to school.

“Our students find change to their daily routine and unfamiliar settings very stressful and the Panathlon events took them out of their comfort zone. We are so proud of how they have dealt with that and performed.”

Panathlon creates a level playing field in which young people feel comfortable competing against others who are just like themselves. Parents and teachers have reported that the experience of representing their school has a positive ripple effect on participants, boosting their physical and mental well-being, confidence, and self-esteem.

Jack Greer, a 17-year-old pupil at Doucecroft, is one of countless examples of this. He has autism spectrum disorder, global development delay, complex learning difficulties, sensory integration disorder, ADHD, Tourette’s, hyper-obility/lax ligaments, coordination difficulties, and Genu valgum (knock knees) with a deformed foot, as well as exotropia, which affects his eyes.

In the past, Jack had severe anxiety due to his sensory difficulties, triggered particularly by noisy environments, which have led to him displaying challenging behavior.

Panathlon, however, has helped him to overcome some of his anxiety. He used to hate the piercing noises of his local pool, now, however, he throws himself into swimming competitions (his highlight was meeting Tom Daley during Panathlon’s London & Essex Swimming Final at the London 2012 Aquatics Centre).

Outside of school, Panathlon has given Jack the confidence to participate fully in the local Boys’ Brigade, including their swimming gala and Highland Games. He has also raised money for local charities by taking part in the Rotary Club swimathon, for which he received a special award.

Jack was awarded Panathlon’s Jack Petchey Foundation Outstanding Achievement Award for the London and Essex region in January. His mum Barbara said: “My heart is bursting with pride. Jack has come such a long way.

“My thanks go to Doucecroft School and Panathlon for encouraging him to try new experiences, for their passion for getting all kids involved in sports, and creating the opportunities to participate in competitions. It builds their confidence, gives them the feeling of being part of a team, and pride at representing their school.”

Matthew Key, a pupil at West Lea School in north London, admits his autism contributed to him being “sullen, angry and difficult” in PE lessons. But having had his enthusiasm sparked by trying out Panathlon’s range of sports in an accessible and friendly environment, he is now incredibly active out of school.

“There’s no doubt about it, Panathlon has given me a better future,” he said. “It has let me focus that negative energy into something positive instead of just mucking about.”

He swims, plays football, goes canoeing and joined Finchley Amateur Boxing Club, where he was once joined by Anthony Joshua for a sparring session. “My ultimate ambition is to get every belt in the heavyweight division,” he stated. “It is honestly Panathlon that has lit that fire in me.”

Jack Courtney from Welling in Kent is another example of a pupil benefiting hugely from the environment provided by Panathlon. Jack is severely autistic, has issues with his gross and fine motor skills, and has huge anxiety when in crowds and open spaces.

He watched videos on Panathlon’s YouTube channel before travelling to the vast Copper Box Arena for the 2019 London Multisport Final to familiarize himself with the venue and activities. “He was anxious in the building, but the waiting was so minimal between each activity that he coped and participated really, really well,” said his teacher at Hook Lane Primary School, Karrie Cheeseman.

“The activities are so well tailored for him to participate—he was in his element,” said Karrie. “Lots of us have known him since he was in nursery school and have witnessed his progress over the years. For him, being able to travel, compete, do things in groups, speak to adults and receive a medal… It’s unbelievable. We were extremely proud of him. We cried!” Panathlon’s swimming competitions have been a huge hit with autistic pupils from both special and mainstream schools. Water provides stimulation for children with sensory processing disorder and those on the autistic spectrum, helping engage some of the (statistically) most inactive groups of children. For some, Panathlon competitions marked their first ever swimming experience.

Wayne Brown, PE teacher at Rosetta Primary School in Newham, East London, said: “We haven’t had the opportunity to do swimming lessons with these guys, let alone competitions. Leisure centers don’t provide lessons for autistic children as they need specialist providers. That’s why Panathlon is so, so beneficial for our pupils. They wouldn’t be able to compete normally, but here the playing field is totally level.”

Panathlon has had such an influence on PE and sport provision at Sherwood Park School in Sutton over the last nine years that they started a lunchtime “Panathlon club” to practice the activities in the multi-sport competitions, such as boccia, table cricket, New-Age Kurling, and polybat.

“Panathlon has really enriched and enhanced our curriculum,” said Sherwood Park’s former Deputy Headteacher, Sue Fergusson. “It has had a truly major impact on our school and thanks to our Panathlon club, that impact lasts throughout the whole of the school year.

“It helps the children know what they’re going to be doing when they get to a competition and understand the rules, which is especially useful for those with autism. The children absolutely love it and talk about it all the time. It has enabled us to offer them more opportunities than they’ve ever had before.”

That level playing field is crucial for autistic competitors, and was why Ryan Jones, Assistant Head at Treetops School in Essex (a special school for children with learning difficulties, including severe autism), came on board.

“There are quite a lot of sporting opportunities out there for children with physical impairments, but far fewer for those with learning impairments. When I came across Panathlon I was thrilled that there was an organisation offering those opportunities. It was a perfect match.

“You want children to be able to access something and compete in a friendly environment that is set at their own ability level, regardless of whether they win or lose. As long as they are able to feel valued and that they’re contributing to the team in a positive way. That’s precisely what Panathlon offers.” 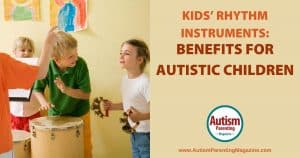 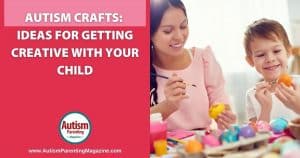 Autism Crafts: Ideas for Getting Creative with Your Child 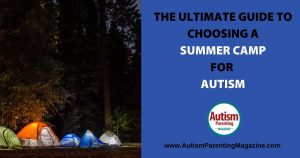 The Ultimate Guide to Choosing a Summer Camp for Autism 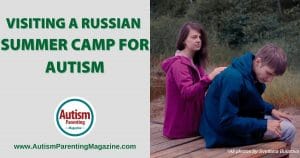 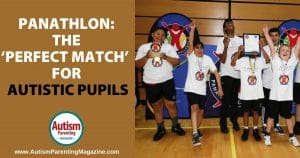 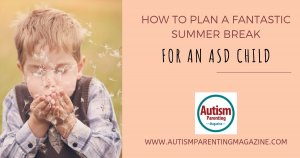 How to Plan a Fantastic Summer Break for an ASD Child 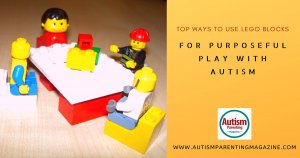 Top Ways to Use Lego Blocks for Purposeful Play With Autism 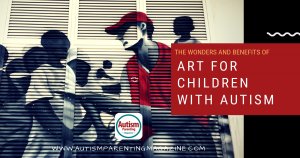 The Wonders and Benefits of Art for Children With Autism 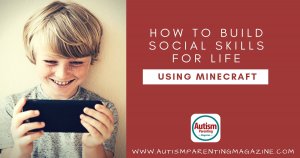 How to Build Social Skills for Life Using Minecraft 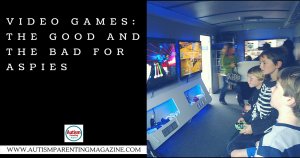 Video Games: The Good And The Bad for Aspies 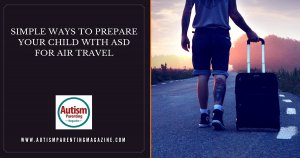 Simple Ways to Prepare Your Child with ASD for Air Travel 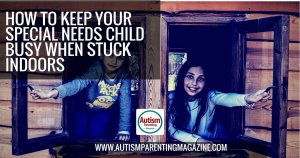 How to Keep Your Special Needs Child Busy When Stuck Indoors 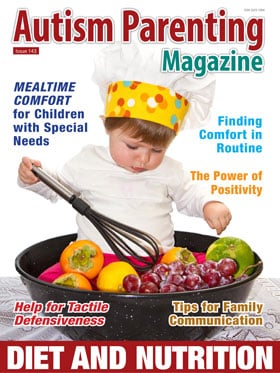 453
SHARES
Share on FacebookShare on TwitterShare on Pinterest
We use cookies on our website to customize our marketing and give you the most relevant experience by remembering your preferences and repeat visits. By clicking “Accept”, you consent to the use of ALL the cookies. However you may visit Cookie Settings to provide a controlled consent.
Cookie settingsACCEPT
Manage consent