Touch is the first sensation that starts evolving in the womb at five weeks. The early development of the touch (tactile) system provides an essential foundation for emerging social and communicative behaviors (Cascio, 2010). 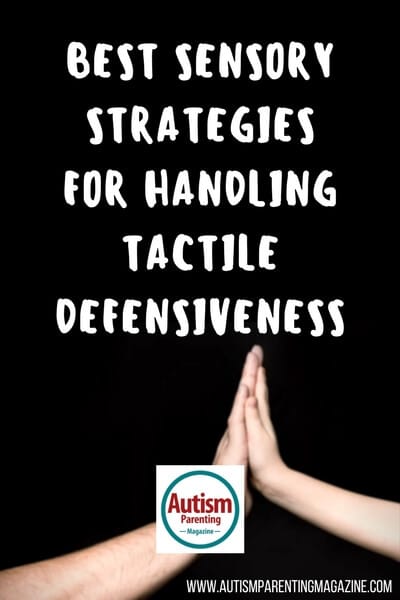 According to Kranowitz (2005), the touch system layers our bodies and gives us information about surrounding physical entities. Moreover, it works as the physical barrier between ourselves and the environment. This sense has an imperative role in developing a child’s body awareness, motor planning, and visual perception. Some children react adversely or negatively, or display escape-like behavior on being touched, hugged, or kissed, since they have difficulties in processing sensory information due to a lower functioning tactile system. This behavior is referred to as tactile defensiveness. Due to the atypical functioning of the touch mechanism and neural system, these children are often in the state of “red alert.” They may react by clinging or complaining (fright) to someone, or lashing out (fight) and running away (flight).

Research done by Feig et al. (2012) concludes that there is a significant relationship between tactile defensiveness and self-stimulatory behaviors. They both seem to be problematic as they appear, and interfere in a child’s day-to-day activities. For example, a child who engages in hand-flapping may not be able to do any other activity such as washing or eating on her own. Likewise, due to tactile defensiveness, teeth-brushing, washing, dressing, or other self-care activities will be difficult.

Making appropriate changes within a child’s environment or creating strategies according to his/her needs and priorities can help the child stay calmer. Here are some strategies for handling tactile defensiveness:

1. Try to understand your child

Addressing and prioritizing a child’s sensory issues works as an anchor to strengthen the parent-child relationship and to understanding the child’s core areas of sensory sensitivities. Giving labels such as “bad behavior” or “poor attitude” will not solve the issue. If he/she says, “Something always hurts me,” or gets irritated due to scratching all the time, don’t think the child is pretending to gain empathy or purposefully trying to seek attention. There must be something unusual happening, causing the child to behave in such a manner. Establishing trust and understanding of the child’s difficulties are essential parts of combating any problem. It’s ideal if the parent and child can work as team players rather than opponents to resolve the issue. Sometimes parents label the child as antisocial, and then the child reacts impulsively and aggressively on hearing those words over and over again.

This technique leads to the release of dopamine, or the “happy neurotransmitter,” which helps to calm down brain activity and relax the body. Firm massage or deep pressure with pillows, cushions, or rolling in a weighted blanket is mostly calming and a successful method. Caregivers should understand signals when these strategies are needed. Deep pressure in the form of cuddling and skin-to-skin contact between preverbal infants and mother works as an evolutionary precursor to verbal language and tactile system development among infants and toddlers. Children with sensitivities are often overloaded with touch or noise in crowded places or parties; therefore, parents should be aware of these situations and intervene before emotional or anger outbursts occur. Moreover, using techniques like the Wilbarger Brushing Protocol has been found to be an effective way of calming the child for better sleep. This should be done under the supervision of an occupational therapist (OT), or be sure to consult the child’s OT before trying the technique.

Weighted items stimulate body joints and muscles, which improves self-regulation, modulation, and anxiety. Wearing weighted blankets, vests, or backpacks provide deep pressure to larger parts of the body which dampen tactile defensiveness and help proprioceptive receptors in calming the child. They help to calm down a child in the classroom leading him/her to focus on the task and reduce distraction. Weighted blankets, in particular, are helpful in improving the child’s distractibility, emotional liability, and hyper-activeness. Paul Gingras et al. concluded that children and parents preferred a weighted blanket over a non-weighted blanket at nighttime. According to parents, the weighted blanket helped to calm and improved behavior. 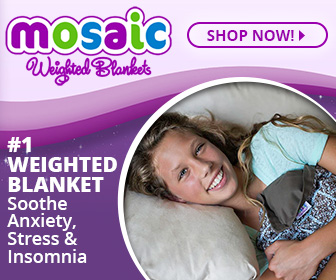 Children who are hypo-responsive or seek touch sensations are unaware of bruises and injuries. They do not get pain sensation messages from brain centers which makes them more prone to injuries. They may display self-stimulating or self-injurious behaviors along with tactile defensiveness. These stereotyped behaviors are common among children with autism. The most common forms of motor patterns are hand-flapping, body-gazing, or object manipulation. Dr. Temple Grandin, in her study called Calming Effects of Deep Touch Pressure in Patients with Autistic Disorder, College Students, and Animals (1992), suggested that tactile defensiveness coexists with stereotypical behavior in autism. Sensory modulation and regulation are important functions which do not work well in either hyper- or hyposensitivity of touch. It is important to follow some hands-on strategies, such as:

Download your FREE Guide
A child knows himself/herself better than anyone else. Self-directed tactile experiences are more calming than when they are done by anyone else. Therefore, encourage the child to perform life skills or activities of daily living (bathing, brushing, dressing) himself/herself. However, keep in mind that assistance or supervision may be needed for completing some tasks. After a bath, for example, let the child put lotion on independently since he/she can judge well how much deep firm pressure will be calming.

Be sure to keep in mind a child’s needs when selecting fabrics, such as:

Hugs, kisses, or any other type of touch should be done with consent. This reduces anxiety levels and arousal too. Touching without consent can create disruptive behavior. As per a recent study by Boyd et al., it is possible that patterns of social withdrawal can be associated with tactile hypersensitivity/defensiveness.

Heavy work activities provide immense proprioceptive input, producing the calming effect and hence reducing anxiety. Pushing and pulling heavy objects such as barrels, carts, large bean bags, piles of chairs, or another child on the swing all support in delivering proprioceptive input. These activities provide deep pressure to muscles, joints, ligaments, and key points of the body (shoulders, pelvis, hips) to a tactile defensive child. Moreover, allowing movement breaks will help a child concentrate better in studies. Consider sending the child to an office during the school day to hand in papers, or ask him/her to distribute assignments in the classroom.

This article was featured in Issue 66 – Finding Calm and Balance 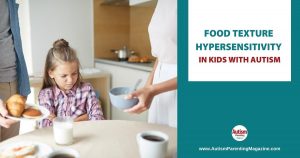 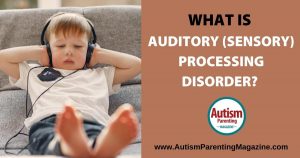 What is Auditory (Sensory) Processing Disorder? 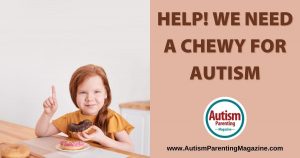 Help! We Need A Chewy for Autism 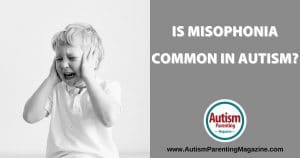 Is Misophonia Common In Autism? 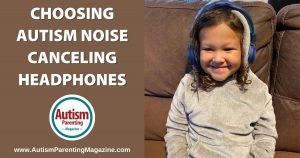 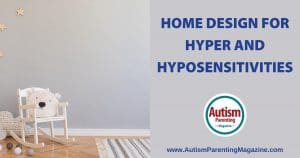 Home Design for Hyper and Hyposensitivities 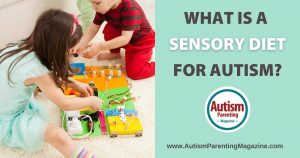 What is a Sensory Diet for Autism? 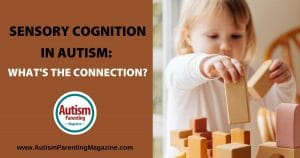 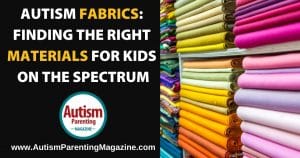 Autism Fabrics: Finding the Right Materials for Kids on the Spectrum 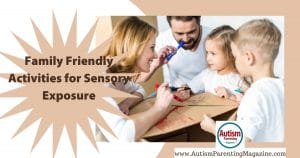 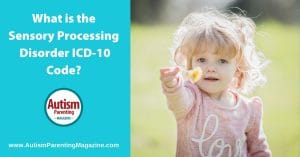 What is the Sensory Processing Disorder ICD-10 Code? 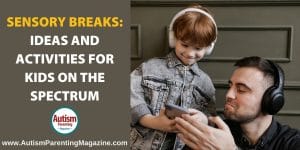 Sensory Breaks: Ideas and Activities for Kids on the Spectrum

Read More
742
SHARES
Share on FacebookShare on TwitterShare on Pinterest
We use cookies on our website to customize our marketing and give you the most relevant experience by remembering your preferences and repeat visits. By clicking “Accept”, you consent to the use of ALL the cookies. However you may visit Cookie Settings to provide a controlled consent.
Cookie settingsACCEPT
Manage consent