Home » Autism Health and Medical Info » What Are the Possible Causes of Autism?

What Are the Possible Causes of Autism?

To this day, scientists and researchers are still investigating the cause of autism spectrum disorder (ASD). After years of studies and examination, it is apparent that a single factor may not cause autism. 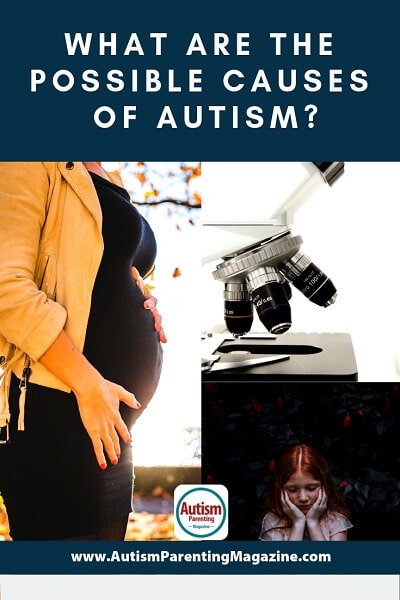 What is clear is that autism the result of a combination of physical and environmental factors that ultimately affect the development of the brain.

Causes and risk factors for autism

Is autism genetic? Studies have shown that a child can be genetically predisposed for autism. This means that the genes inherited from the child’s parents make him/her likely to develop autism. However, it is a misconception that autism is caused by genes alone. In most cases, the genetic factor needs to be triggered by an environmental factor to develop autism spectrum disorder.
While we now know there is not a single cause for autism, it is also important to recognize the multiple risk factors that can contribute. Some of the factors include:

People with certain gene variations are said to likely to develop autism. These genes are believed to affect brain development.

People with genetic disorders such as the Fragile X syndrome are at high risk for developing autism. The syndrome, which causes learning disabilities, is one of the many gene abnormalities that can cause autism.

How many genes cause autism?

To date, scientists have identified 30 genes involved in the risk of developing autism. Most of these genes are responsible for brain growth.

Some of these genes are ARID1B, ASH1L, CHD2, CHD8, DYRK1A, POGZ, SHANK3, and SYNGAP1. The SYNGAP1 gene, for example, is vital for nerve cells and its communication with the brain. It is responsible for the brain’s “wiring.”

However, after decades of scientific research, scientists are not able to identify one genetic trait that is common in every person with autism.

Because some forms of autism are most likely caused by genetics, autism can be hereditary. For example, twins are likely to both have autism as well as siblings born a few years apart.

This theory was proved to be accurate after the first twin study in 1977 (Folstein & Rutter, 1977). The study involved 21 pairs of twins, 11 of which were identical and 10 fraternal. Identical twins were found to have 36 percent similarity in autism symptoms, while it was zero percent for fraternal twins.

Due to many significant studies on siblings with autism, it is apparent that it is a heritable condition. More studies are needed to answer questions like how many chromosomes cause autism.

According to studies, a parent whose first child has autism has a 10 percent chance of having a second child with autism. This is called a recurrence rate, and parents with an autistic child need to be aware of this possibility.

It may also be possible that a younger sibling of a child with autism will not have ASD, but will still show autistic traits, as found by a recent study.

The study called Sibling Recurrence and the Genetic Epidemiology of Autism conducted by John Constantino, MD, Professor of Psychiatry and Pediatrics at Washington University, found that 26 percent of the families had more than one child on the spectrum or had “unaffected” siblings who did not develop ASD but were diagnosed with other developmental disorders, specifically in language skills.

Possible causes of autism during pregnancy

Pregnancy conditions can be considered non-genetic, and a few studies suggest that it can affect brain development that may eventually lead to autism.

Multiple studies have concluded that exposure to certain drugs and toxic chemicals during pregnancy may affect brain development, and possibly cause autism.

Preterm delivery or babies born before 35 weeks are also at risk of developing autism later in life. A recent study found that 26 percent of preterm babies developed autism.

Additionally, viral infections like rubella during pregnancy can increase the risk of autism in the child.

Another current study found that women who had gestational diabetes, high blood pressure, abnormal bleeding during pregnancy, and low birth weight on delivery are at high risk of having a baby with autism.

At this time, there is no test to determine whether a pregnant woman’s baby will have autism. However, a promising study conducted at the Rensselaer Polytechnic Institute claims they can predict with 90 percent accuracy if a mother has a 1.7 percent risk of having a child with autism.

Medications linked with autism during pregnancy

Certain studies warrant caution for pregnant mothers to watch their medication when pregnant. Among the drugs that are said to be linked with autism are antidepressants, acetaminophen, and medication for asthma.

Clinical research published in the Archives of General Psychiatry says that taking antidepressants can slightly increase the risk of having a child with autism. The study was based on medical records of 20 case children and 50 control children and their mothers. It concluded that “Although the number of children exposed prenatally to selective serotonin reuptake inhibitors in this population was low, results suggest that exposure, especially during the first trimester, may modestly increase the risk of ASD.”

After this, more studies followed and also concluded that certain drugs can affect the development of the child’s brain, and might lead to autism later in life. It’s important to note, however, that further studies are needed to validate the accuracy of these findings.

Women should always consult a physician before stopping any medical treatment or changing a health regimen during pregnancy.

It was previously mentioned that a single factor might not cause autism. Several studies support the theory that autism may also be the result of environmental factors.

Environmental factors are anything that is non-genetic. This includes:

Although there are studies that consider these factors as possible contributors to autism, they are not large enough to be deemed accurate.

Further studies are yet to be completed concerning how environmental conditions can cause or indirectly contribute to developing autism.

People often ask what the biological causes of autism are.  In addition to the genetic link to autism, scientists and researchers are taking a look at the neurobiological aspect and how it can also play a role in autism.

Different studies have collectively concluded that people with autism have brains that are physically different from non-autistic people.

Some of these differences are:

Because autism affects boys more than girls, researchers are looking at how prenatal testosterone levels might trigger autism in the womb.

To this day, studies and research are ongoing, and there is yet to be a definite answer as to what causes autism on a physical level. There is a reason to believe that biochemical causes of autism are possible, given these preliminary findings.

Can vaccines cause autism?

The CDC states that there is no link between vaccines and developing autism spectrum disorder. The belief that vaccines cause autism started with a study in 1998 and another one in 2002 that concluded that certain vaccines for measles and rubella are linked with developing autism in children.

These studies have long been discredited, and the CDC has made it a point to educate parents and caregivers that vaccines are not what causes autism in babies.

What are the non-genetic causes of autism?

The Centers for Disease Control and Prevention are working on the largest study on early development in the United States and aims to understand more risk factors of autism including genetic, environmental, pregnancy, and behavioral.

What tests are used to diagnose autism?

A qualified doctor makes a diagnosis of autism. It has two parts:

In this phase, the child is observed by a doctor and might be asked questions or given instructions. The doctor may even engage the child in play to see how the child speaks, listens, and acts.

Children should be screened for autism and other developmental delays at 9, 18, and 24 months.

What tests are used to diagnose autism? The doctor reviews all the information gathered before giving the diagnosis. It may involve an interview with the parents or caregiver of the child. The doctor may also request further tests such as vision screening, genetic testing, and neurological testing to make a diagnosis.

Advances in understanding the causes of autism and effective interventions

Decades of testing, studies, and research have been dedicated to answering the question: “What causes autism?” Yet to this day, there is no clear answer.

The good news is that discoveries are made every day. Autism research has made great progress in the past few years, and scientists are one step closer to finding out what every parent of a child with autism wants to know.

Research on the causes of autism

Scientists, researchers, and institutions are all working towards understanding the causes and effects of autism. This is proven by the addition of scholarly articles on the causes of autism published in the past few years.

As more studies and discoveries are made, every parent hopes to understand autism better to provide the best possible care.
References:

Sibling Recurrence and the Genetic Epidemiology of Autism. (1 October, 2010). Retrieved from https://iancommunity.org/cs/autism_spectrum_disorder_research/autistic_traits_in_siblings

What is Autism Spectrum Disorder?. Retrieved from https://www.cdc.gov/ncbddd/autism/facts.html

Causes of Autism. Retrieved from https://www.asha.org/PRPSpecificTopic.aspx?folderid=8589935303&section=Causes#Neurobiological_Factors

The Autistic Brain. Retrieved from https://www.neuroscience.cam.ac.uk/research/cameos/AutisticBrain.php

Screening and Diagnosis of Autism Spectrum Disorder. Retrieved from https://www.cdc.gov/ncbddd/autism/screening.html

Complications during pregnancy may contribute to autism risk. (22 August, 2018). Retrieved from https://www.spectrumnews.org/news/complications-pregnancy-may-contribute-autism-risk/

Autism Parenting Magazine tries to deliver honest, unbiased reviews, resources, and advice, but please note that due to the variety of capabilities of people on the spectrum, information cannot be guaranteed by the magazine or its writers. Medical content, including but not limited to, text, graphics, images and other material contained within is never intended to be a substitute for professional medical advice, diagnosis, or treatment. Always seek the advice of a physician with any questions you may have regarding a medical condition and never disregard professional medical advice or delay in seeking it because of something you have read within.

Autism and Eating Disorders: What to look out for 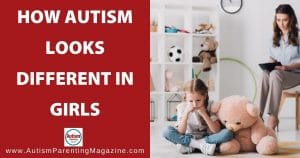 How Autism Looks Different in Girls 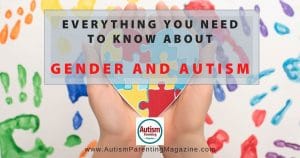 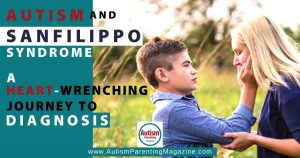 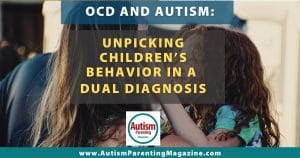 OCD and Autism: Unpicking Children’s Behavior in a Dual Diagnosis 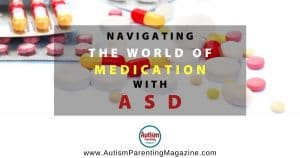 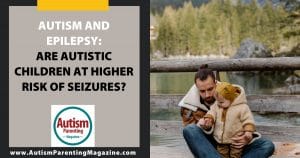 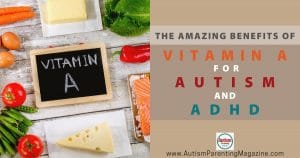 The Amazing Benefits of Vitamin A for Autism and ADHD 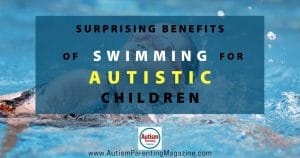 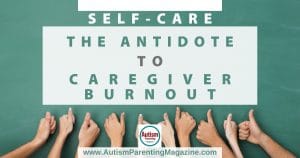 Self-Care: The Antidote to Caregiver Burnout 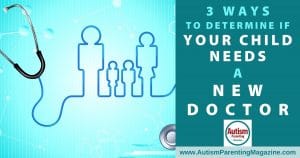 3 Ways to Determine If Your Child Needs A New Doctor 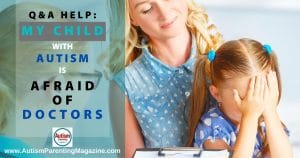 Q&A Help: My Child with Autism is Afraid of Doctors