Home » Autism Parenting Advice » What Does Pathological Demand Avoidance Have to Do With Autism?

What Does Pathological Demand Avoidance Have to Do With Autism?

Today I am sitting, once again, deconstructing my own parenting.

It’s a common theme—should I have done this? Why didn’t I do that? I feel filled with doubts and questions—I feel pathetic.

I am a 45-year-old woman with a degree in psychology; a dissertation written on autism and a job teaching people about self-regulation and emotions. I’ve written three children’s books about my two sons—the eldest with a diagnosis of autism or Asperger’s or HFA, whichever you feel most comfortable with.

The youngest is undiagnosed and maybe just copying, or anxious, or seeking attention, or maybe just wound-up. Whichever the case, the two of them are regularly (and currently) explosive together. And here I am, again sitting in a glass of wine, head hung low with shame at my own inability to navigate my son’s meltdowns in a public place.

He never had “terrible-twos.” It’s like he missed the memo and sailed through with barely a blip. As a result, I seem to have missed the endurance training event on patience and accepting public humiliation that other mothers attended around that age. I laughed at videos of people’s children flipping out in grocery aisles or being towed along through airports. I was grossly unprepared for what lay ahead.

My son is nearly nine years old. He is strong—probably fueled by his adrenal glands being in a state of semi-permanent activation. On a good day he is calm, attentive, creative, communicative; and he is wonderful to spend time with. My golden boy. Add a touch of excitement, a squeeze of frustration, a shade of fear, and his sudden, easily tripped and often explosive (and expletive) reactions reveal a hyper-vigilant state of high tension.

While he can seem just like any other busy 9-year-old, he lives his life on the edge of anxiety driven by a fundamental need to be in control of his world and everything in it.

My boy is not a ‘classic’ autistic/autie/boy with autism (if such a thing ever existed). His diagnosis took many months and skimmed attachment, suspicions of ADHD and Tourette’s among others. It was at his specialist school in Cambridge, England, where the acronym PDA (Pathological Demand Avoidance) was fist tabled based on nine months’ worth of observing his behaviors and struggles.

Even though he was not unique in his class, he was particularly prone to shock behaviors: climbing on roofs, smacking bottoms, swearing or making loud noises to scare others. He seemed desperate to push people to their snapping point just to feel safe himself it seemed. He responded poorly to instructions and controls. Transitions had to be carefully positioned, even negotiated, to avoid what could be aggressive outbursts.

PDA is as yet largely undiagnosed in the UK. Many practitioners (and a lot more parents) are confident that it exists and generally concur that the profile sits somewhere along or across the Autistic Spectrum and some feel it may deserve a diagnosis of its own. There is also fierce debate about whether the anxiety and demand avoidance markers already listed within the DSM-5 for Autism are sufficient enough to explain the intense behaviors parents describe.

Such as: children who show more sociability, imaginative play and communication than most on the spectrum, but who will resist everyday demands to the point of refusing even things they would love to do, who resort to shocking, often highly socially inappropriate behaviors in an attempt to maintain or regain control, and who are often masters of excuses, avoidance tactics and complex reasoning when pushed to comply. There are frequently additional echoes of ADHD-like behaviors described by many parents and professionals.

The research into and exploration of PDA as a profile is beginning to be featured in more and more scientific journals on both sides of the pond including fascinating and compelling theories linking the associated ‘Fight or Flight’ type behaviors (not forgetting the alternate survival responses of Freeze and Fawn) to issues within the parasympathetic nervous system. Specifically, with the vagus nerve, but there is a long way to go toward understanding this complex presentation.

Regardless of the view of the professionals, it’s clear to me that there are a growing number of parents like myself who are facing regular outbursts of violent and threatening behavior from kids as young as 4 or 5, for whom neither the usual parenting advice, nor the advice prescribed for those on the autism spectrum, seem to yield results.


So here we are. Back to me at my table, writing yet another apology to friends and family for my feeble attempts to navigate a meltdown in their company. I simply don’t know what to do. Torn by total embarrassment and my own crushing judgement (let alone others’) and a desire to wrap my son up and make him safe again. I can in fact do neither. If I approach him in comfort, he throws punches or hard objects or runs away.

If I sit back to give him space, his behavior remains dangerous to others and himself. Instead I sit, in the spotlight of my own fight or flight state, blinded by others confident judgements on my parenting, knowing I am not the answer right now; in fact, I may be the problem. Whichever action I take now has the potential to worsen the situation.

Having only recently heard and educated myself about PDA, I am already learning to shift my own perspective and to recognize that this child is not being “naughty” but is expressing extreme anxiety. In essence, he is having a panic attack. You wouldn’t shout “calm down and stop shouting” to an adult in a panic attack, would you?

Instead, I try to use myself and our relationship as a route to ‘co-regulating’ him. I stop trying to communicate verbally at all, I try to make my own anxiety less visible to him, I give him space and focus only on safety (of him and others around him, not objects). Even these actions must be 100 percent neutral—no answering back, no lecturing, no telling him I am ignoring his behavior—if they are not to trigger fears of rejection or consequence or isolation in my son.

For those of you who know the principles of Non-Violent Communication, we are just starting to see success with some of these tools. But it’s slow and it’s exhausting.

Eventually, or sometimes quite suddenly, the storm passes. The switch flicks.  An apology is offered (or thrown). I am wrung out, ashamed, embarrassed and often self-loathing and am now expected to bounce back and move on. Just like all those mothers of screaming toddlers did in those YouTube videos. I wish I could explain to the audience who watched my nine-year-old throw stones at me and scream expletives that he is probably in the same state as those two-year-old toddlers were, except that he’s not.

They will probably never understand that he is closer to the same state as me right now—totally terrified in awareness of his own behavior, scared that it will happen again, scared of what he has done to the relationships he cherishes so deeply. Therein lies the rub; for while he craves control, he is also aware when he is losing it, and the ricochet of anxiety through his body is almost unstoppable and only adds fuel to the fire.

As he grows older, my son will become stronger. He will have increased levels of testosterone added to this already explosive mix. His social world will become more demanding and complex. Already more socially and emotionally aware than most teenagers, all we teach him as he grows is to recognize these storms building and to step back from that cliff and to find ways back down.

All we can do as parents is to ride the storms with him, try to keep him and others safe, reach out to learn from, support and connect with other parents like ourselves (check out the growing number of Facebook Groups) and abandon our own egos along the way. 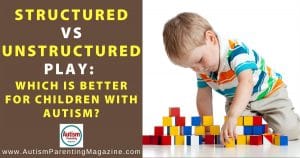 Structured VS Unstructured Play: Which is Better for Children with Autism? 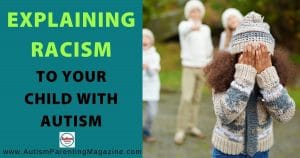 Explaining Racism to Your Child With Autism 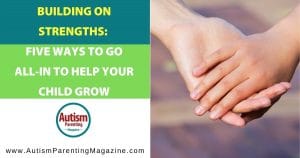 Building on Strengths: Five Ways to Go All-In to Help Your Child Grow 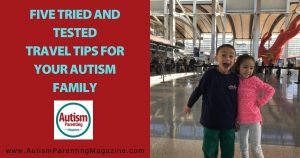 Five Tried and Tested Travel Tips for Your Autism Family 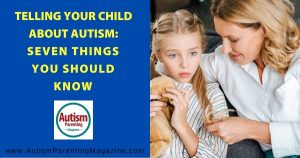 Telling Your Child About Autism: Seven Things You Should Know 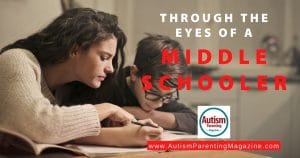 Through the Eyes of a Middle Schooler 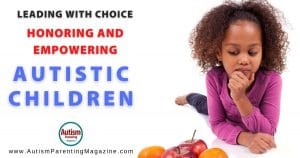 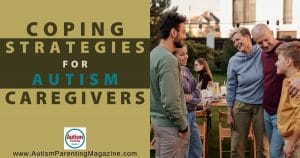 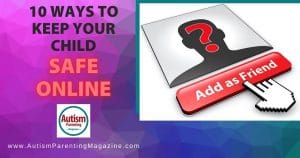 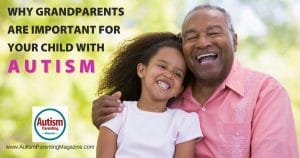 Why Grandparents Are Important for Your Child with Autism 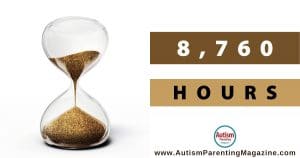 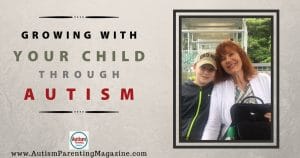 Growing with Your Child Through Autism

2296
SHARES
Share on FacebookShare on TwitterShare on Pinterest
We use cookies on our website to customize our marketing and give you the most relevant experience by remembering your preferences and repeat visits. By clicking “Accept”, you consent to the use of ALL the cookies. However you may visit Cookie Settings to provide a controlled consent.
Cookie settingsACCEPT
Manage consent