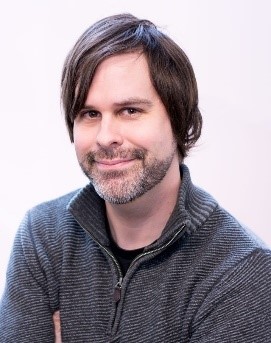 “Always trust your gut!” people tell you throughout your life. Maybe I don’t trust mine enough, but in mid-March of 2017, it was practically grabbing me by the ears and shouting at full volume about my toddler William, who was in a silent crisis. 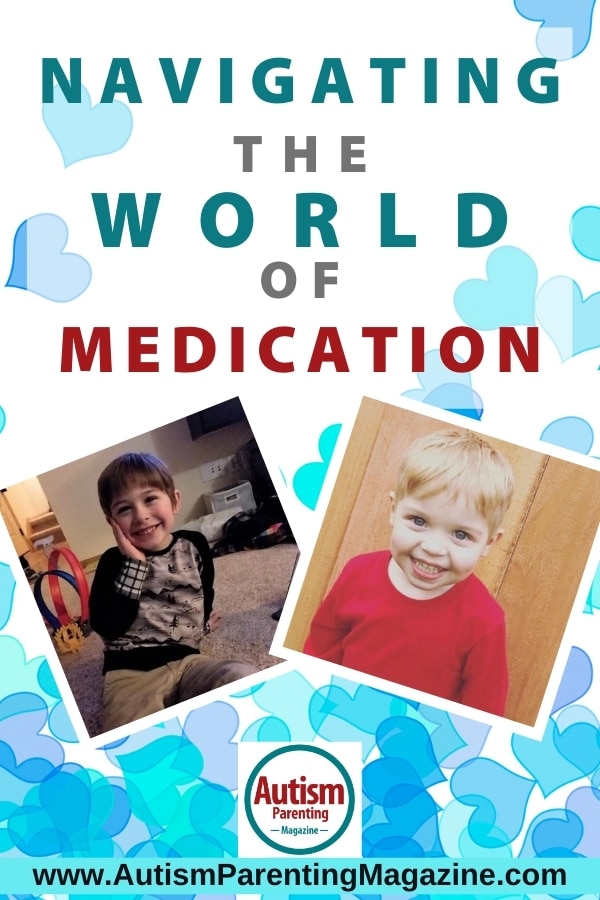 You see, William’s baby brother George became hospitalized with a serious case of respiratory syncytial virus (RSV), which landed him in intensive care on oxygen and using a feeding tube. We even came close to losing him at one point, and the entire family was thrown into complete panic and survival mode.

My mother and mother-in-law came intermittently to help us during the 10-day nightmarish ordeal, which I will never forget. I stayed home from work the whole time to be at George’s bedside.

William, at two and a half years old, was too young to understand exactly what was going on, but he could tell something was seriously amiss. George had disappeared, dad was gone all day, and mom was gone all night (she was at George’s bedside when he needed it most).

Soon I noticed that William, who had begun using close to 200 words (though none used yet for communication; more on that later), suddenly went silent and didn’t speak a word for about a week. He was withdrawn and listless and stopped making eye contact.

As I knew from our 18- and 24-month developmental assessments, losing skills at this age was a red flag for autism. This is when my gut would no longer allow me to ignore the other signs, like his spinning in circles until he fell down dizzy, walking on tippy toes, memorizing kids’ books and repeating them verbatim, his fear of the vacuum, and lining up crayons and toy cars.

Lying in bed next to my beautiful sleeping son who bears an eerie resemblance to me, I decided to search online for an informal autism assessment screener. The test asked about 50 questions. No communication, not pointing to things, not drinking from a cup, not asking for his juice, not asking for his toys—these were not good signs.

His verbalizations so far had been limited to repeating nursery rhymes, kids’ TV shows, and children’s books. I wasn’t sure if he knew what the words meant, but I thought it was a start from which he would naturally grow. By the end of the assessment, the results were clearly delivered: “Your child is at serious risk for autism spectrum disorder; seek an assessment with a specialist,” was the gist.

My heart sank into the wash with King John’s crown jewels (look it up as it’s an apt description of my emotions at that moment). It felt like the reverse of when you’re about to die and your life flashes before you; William’s life that would never be was flashing before my eyes, and it was crushing.

I laid there next to my innocent slumbering boy who was wholly unaware of the challenges now aligning before him. At my urging, my wife soon booked a visit with his pediatrician, who downplayed my instinctual fears. She said, “Well, I just talk to my daughter all the time about everything, even when we’re in the grocery store, and that’s how they pick up language.” Ashley and I decided to forge ahead and have William assessed at one of our local autism research centers anyway. After a few weeks, the results were in: moderate autism.


Baby George, after his initial hospital stay, ended up requiring hospitalization four more times that year after more respiratory distress from RSV complications. I don’t know how Ashley and I made it through to 2018. I do not remember much of that year.

Finally, in December 2017, we found a pulmonologist to prescribe him the right combination of oral and inhaled steroids and a rescue inhaler, which made the difference and allowed his little lungs to strengthen. By 2018, George had uttered only a few words, including “kitty” and “mama,” and then suddenly those words dried up.

His eye contact was not consistent. He wasn’t pointing and making syllables. Mostly he was just interested in cuddling with mama and drinking his bottle. He was just delayed from his multiple hospital stays, everyone said. But my gut was back at it, poking me incessantly, until I forced an appointment with his pediatrician (same one as William) who gave me a look usually reserved for a crackpot.

“Well, you could try to get him diagnosed, but no insurance company is going to cover autism treatments before age two.” The message I got from her was again to do nothing. I pressed on and asked for a diagnosis of speech delay, and we started some speech therapy at our local autism communication center.

George was 22 months old with no words, not walking, not using utensils (even messily). I was angry that it was left to me, someone with less medical training than Neil Patrick Harris, to sound the alarm on both kids, and our pediatrician was not interested in hearing me either time. On his second birthday, we had George assessed for autism, and to no surprise he was also diagnosed.

Two months after William’s diagnosis and after Applied Behavior Analysis had been underway for two weeks, he handed me his sippy cup one morning and said, “More juice!” I was caught flat-footed because it was the first time he had ever addressed me directly. Then when he wanted us to turn off a TV show, he said “All done!” in a commanding voice. I’d just seen the first glimmers of hope in the very long journey ahead.

George, though he’s not speaking yet, is communicating his food and drink needs and more on his iPad, which is specially fitted out with an augmentative and alternative communication (AAC) app from a vendor. He asks for PBS kids (he loves Sid the Science Kid) and for apple juice and pizza. “I eat pretzel bites,” he just said to me the other day using his device. He’ll sometimes press the dad symbol and point to me.

Back when George was born, he was given to me alone in a waiting room for a few short minutes after delivery. I knew just what I wanted for him—I broke out my iPhone and played him “Hey Jude” by The Beatles on the tiny speakers. I wanted his first song on planet Earth to be uplifting, melodic, and encouraging.

I thought somewhere in his new eyes I could see it sinking in, and so far, he’s lived up to it as he strives day by day with incredible courage and progress. William’s first song was “Here Comes the Sun,” also by The Beatles (yes, I want them to be huge fans), and in retrospect, I couldn’t have picked a better sentiment for him to live by either.