With more experience and less exhausted eyes, grandparents often play a huge role in bringing autism symptoms to the attention of new parents.

“It takes a village to raise a child”—just hearing this phrase might evoke images of a bygone era, in which extended family, neighbors, and regular citizens all had a hands-on role to play in shaping the next generation. While today’s children are of course still shaped by their communities, attitudes around parenting have become fiercely individualistic, and honest questions and well-meaning advice may be met with hostility rather than openness. The internet is rife with advice columns featuring worried grandparents who are concerned about their grandchild’s routine, diet, education, and the like. The exact source of the anxiety varies, but the advice is almost always the same: butt out.

There’s a grain of truth in all this, of course—no one likes a busybody, much less when that person is your own flesh and blood. But there are times when a more experienced perspective is not only acceptable, but crucial to a child’s long-term development.

As President of the Autism Science Foundation, I’m here to say grandparents have a vital role to play in diagnosing and treating autism, and I encourage them to make their voices heard in appropriate situations. The impact they make in this area should be recognized and discussed, as continued vigilance will lead to improved outcomes for the next generation.

There are still so many mysteries surrounding autism, but one thing we do know is that early intervention is critical to getting children the support they need and ultimately setting them up for the best possible outcomes down the road. A study shows that addressing deficits early in life is key to maximizing developmental gains.

This can’t happen without early detection, and that’s where grandparents have a vital role to play. Grandparents bring a unique perspective to the parenting experience because they have done it all before—and in many cases, they’ve done it multiple times. They also may have experience watching nieces and nephews, other grandchildren, the children and grandchildren of friends, and so on. Often, they are more attuned to childhood development milestones than new parents and can draw upon their years of experience to identify traits or quirks that may be worth discussing with a professional.

There’s also the simple fact that most parents of young children are in a perpetual state of exhaustion. Even the most attentive parent can easily miss an early warning sign of autism, and a fresh set of eyes can make all the difference in the world.


In a study of over 2,600 grandparents of children with autism spectrum disorder (ASD) by the Interactive Autism Network; the data illustrates that 30% of grandparents said they were the first to notice signs of an ASD, while an additional 49% supported others who noticed a problem. In addition, a study from Mount Sinai Hospital in New York called Grandma Knows Best: Family Structure and Age of Diagnosis of Autism Spectrum Disorder indicates maternal grandmothers and teachers are often the first people to have concerns.

“Many parents avoid seeking help to find a diagnosis for their child, even though they know something might be wrong,” says study co-author Nachum Sicherman, PhD. “They often ignore signs of a larger problem and look the other way, making the role of close family members and friends vital to accelerating diagnosis and helping a child’s condition.”

As the mother of a daughter with an autism spectrum disorder (ASD), I have firsthand experience with a teacher being the first person to bring symptoms to my attention. In my case, early signs were first spotted by my daughter’s preschool teacher. When she brought her concerns to my attention I did not respond well. I started yelling at her and used words that don’t belong in any preschool. But years later, after my daughter was thriving in a special education preschool, I went back to her, bagels in hand, and thanked her. Your child, or especially a daughter-in-law, may not react well at first if you express concerns, but I promise you, down the road he/she will be very grateful.

Even if armed with the facts and the right attitude, grandparents may still feel apprehensive about broaching the subject, but the stakes are too high not to act. That voice in your head saying: “It’s not my place,” has no place here. When it comes to a child’s future, it’s always better to be safe and sorry, even if it takes you out of your comfort zone.

It can be useful to educate yourself on some of the early warning signs, even if your grandchildren appear to be developing typically. The CDC has produced an extensive list of early warning signs. These warning signs vary widely among different children and across different age groups, but many of them relate to responsiveness, speech, and physical development. With many of these behaviors, professional intervention is often a good idea even if it doesn’t result in an autism diagnosis.

My message to grandparents is one I will borrow from the Department of Homeland Security: if you see something, say something. Your years of parenting experience and outside perspective are invaluable tools for parents of young children, and they can play a big role in helping future generations reach their full potential. The world may be changing, but this is one arena in which you can always make a difference in the lives of your loved ones.

Efficacy of early interventions for infants and young children with, and at risk for, autism spectrum disorders, Int Rev Psychiatry. 2018 Feb; 30(1): 25–39. 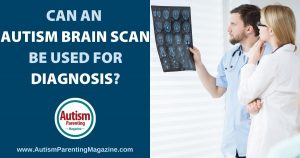 Can an Autism Brain Scan Be Used for Diagnosis? 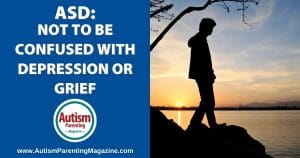 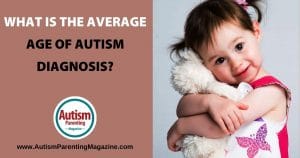 What is the Average Age of Autism Diagnosis? 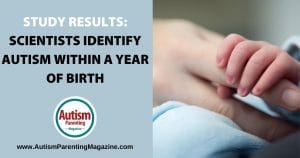 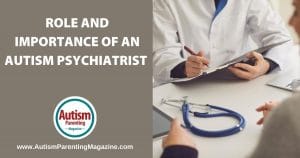 Role and Importance of an Autism Psychiatrist 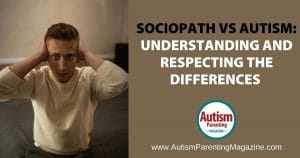 Sociopath vs Autism: Understanding and Respecting the Differences 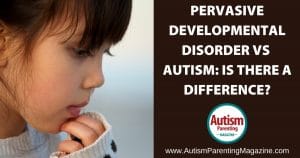 Pervasive Developmental Disorder vs Autism: Is There A Difference? 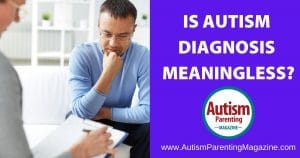 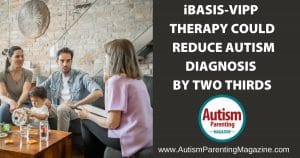 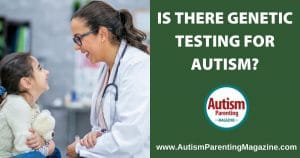 Is There Genetic Testing For Autism? 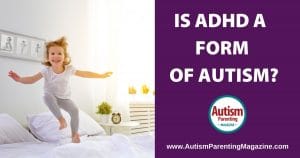 Is ADHD a Form of Autism? 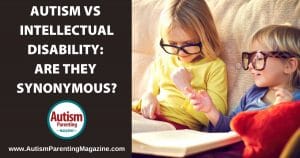 Autism vs Intellectual Disability: Are they Synonymous?

Read More
272
SHARES
Share on FacebookShare on TwitterShare on Pinterest
We use cookies on our website to customize our marketing and give you the most relevant experience by remembering your preferences and repeat visits. By clicking “Accept”, you consent to the use of ALL the cookies. However you may visit Cookie Settings to provide a controlled consent.
Cookie settingsACCEPT
Manage consent