Many parents with autism spectrum disorder (ASD) children are aware at some point that their child has a very accelerated splinter skill, a specific task that does not generalize to other tasks. 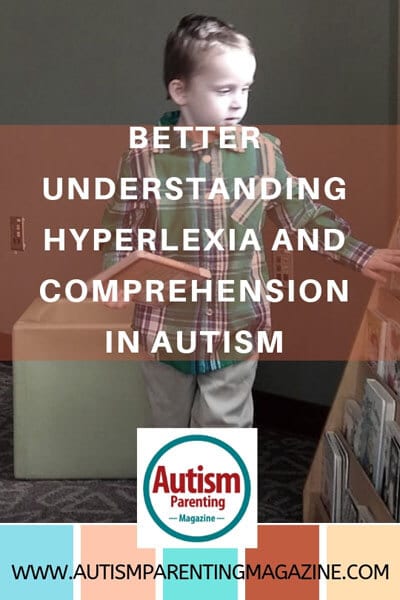 For some parents, they may have noticed that their child is very advanced in art or music, and yet some highly advanced abilities to work on a computer. I know for me, that is certainly the case. Your child is highly gifted no doubt in your mind as well as in the minds of many professionals. Scientific research shows that most children with ASD have very high IQs.

Now I’m going to mention something, and you might think I’m a little bit crazy. But have you ever noticed your child reading? You might be sitting here reading this and think “Lady, my kid is only three years old, there is no possible way my child can read. He hasn’t been taught the number line, and he hasn’t been taught his ABCs so how is there any possibility that he could read a single word?” But I’m going to challenge you on that, and here’s why.

It’s called hyperlexia. The literature on hyperlexia is really quite scant, beginning as recently as 1967 when the term was first used by Silberberg & Silberberg (Exceptional Children 34:41-42). Generally, these children have learned to read before age five with very little or no training, and have this precocious reading ability combined with language difficulties (in spite of accelerated reading ability) and display significant difficulty in social relationships.”

My favorite expert to refer to hyperlexia is Dr. Darold Treffert of the Treffert Center in Fond du Lac, Wisconsin. Dr. Treffert advises that there are three levels of hyperlexia with (or without) autism. More than likely, however, if your child has hyperlexia, he/she will probably fall somewhere on the spectrum.

My son James was diagnosed with severe non-verbal autism when he was just 18 months so you can imagine my surprise when he started to read at the ripe age of three. And I am not talking about “go,” “put,” or “cat.” James’ first word was “Freestar.” And this came from a child who considered non-verbal, not because he did not speak at all but because he could not communicate through verbal language.

He was not meeting his verbal communication milestones. As a matter of fact, his father and I were beginning to think (and scared to death that we might be right) that James might be deaf. Let me rewind to a couple of months earlier. He was not responding to us when we spoke to him. He just kind of looked at us with a blank stare most times. Most times. His dad, Chris, and I had decided that we needed to start keeping track of what he was responding to, and what he wasn’t.

We noted that if we walked up behind him and said his name, he would not turn around. He didn’t even to seem to notice that we were there until we were in front of him. Loud sounds around the farm would scare him, such as fireworks, loud bangs, and pops. So, we discovered that maybe he could hear, but maybe only at certain volumes.


That’s when I decided to do some further research. I looked up different articles on the internet on deafness and why he might be responding to our voice. Those articles mentioned a few additional things that were accurate with James’ behavior. Is there hand flapping? Check. Is there banging or covering the ears with loud noises? Check.

How about routine. Does he get upset with a change in routine? (You would not believe how many times I walked the stroller around that farm because when the stroller stopped, he had a complete meltdown.) That’s when I read the word AUTISM for the first time. His dad and I read on and decided to rule out deafness we needed to get his hearing checked out. A few days later, our new suspicions were confirmed in the audiologist’s office. “Mr. and Mrs. Wigginton, James can hear just fine.”

That’s when autism entered our lives. Not long after that, we took James to a pediatric neurologist, and James was diagnosed with autism on January 20, 2015. James has two half-sisters and a half-brother, and it was going to be a big lifestyle change.

In the months and years following, James did begin to babble and talk, but it was nothing anyone could comprehend. We accepted all of James’ silly little autism quirks and were adjusting but not without struggles. He was actually to being talking small words, in English, just enough for us to understand his wants.

Then one day, it happened. Chris was outside washing the car and was letting James join in on the fun. I was in the kitchen doing dishes. He walked in with James and said: “James just said Freestar.” There was a look of shock and bewilderment on his face.

“Really, Chris?” I said in my best doubting Thomas voice. “I know you are so proud of James and all the things he can do, but he cannot read. “I took James outside to the van; I had to see this for myself. He was only three years old; no one had even taught him letters yet. He was barely speaking our language. I stood there in shock as I heard my baby boy read.

And his language took off from there. We purchased books on several levels. Now, mind you, his pronunciation was not 100 percent accurate, but it was pretty close. Time went by, and he improved every day. Then it occurred to us. Is he actually understanding what he is reading? What were the chances that he could read and understand, too? Unfortunately, the answer was “no.” If you asked him anything about the word he had just read, he would just mirror the word right back.

This brings me to the present day. James is now in kindergarten. He is in a self-contained classroom getting a very excellent one on one education. His teachers even decided to do a little testing on his reading skills to see where his reading level might be. Using the sight words they have for kindergarten, he reached level 28, and they said that was still easy for him.

So where do we go from here? Thus far, I have talked about autism and hyperlexia. Now I am going to touch base on something a little more difficult.

Within the complexity of autism with hyperlexia is the challenge of comprehension. Meaning, does the child actually understand what he or she reads? For the most part, the answer is no, not without a lot of skilled training. Here’s why. Most hyperlexia readers have incredible word decoding abilities with rote memorization skills. In other words, they don’t understand the word, they just decode it and then recall it when they need to.

So how is comprehension achieved you ask? I can tell you that it takes a ton of therapy and even more patience. My son James has been in applied behavior analysis (ABA) therapy, occupational therapy (OT), speech therapy, and play therapy since he was three. His team is quite large just at the school, consisting of his ABA classroom teacher and her support staff.

It consists of The Marcus Autism Center, his psychiatrist, and neurologist. I work with him every single day with just about every sentence. Because he is a very literal, concrete thinker, we have visual aids to help him understand his day. The five W’s (who, what, where, when, why) prove to be a very difficult task. James is now six years old, and we are in the deep seat of teaching him comprehension skills.

I cannot express to you how important it is to get started in therapy at a very early age. This is a long process, and it will require a great amount of patience. Begin developing your team now. Find a mentor who has been through this before to help guide you along the way. You are your child’s voice. Do not give up. 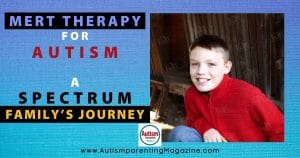 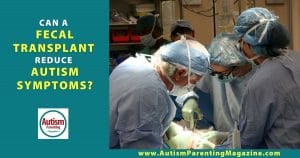 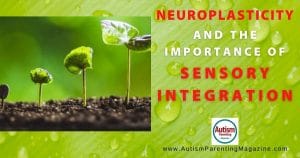 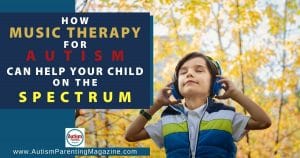 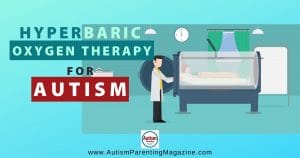 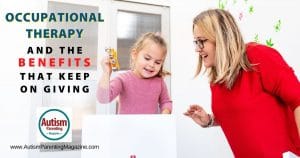 Occupational Therapy and the Benefits That Keep on Giving 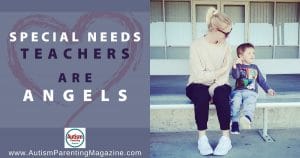 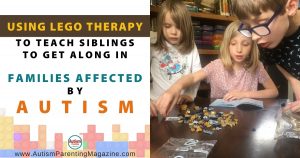