The New Rule – A Short Story

Aaron was not happy.

Wednesday night was youth activity night, and since Leia was away at an all-girls camping trip, it was just him. The boys were meeting at Nate’s house for a pool party which meant being shirtless. Worse, his parents had decided they were going to walk there. 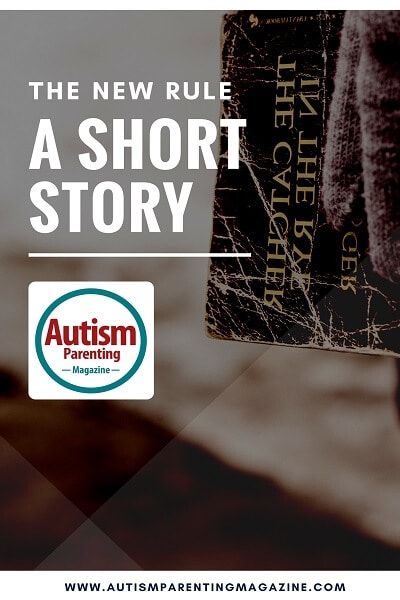 Aaron didn’t mind walking, and Nate didn’t live far. But approximately four minutes and fifty-five seconds into the walk was a huge intersection where hundreds of cars with their drivers and eyes zipped past. Approximately five minutes and seventeen seconds past the intersection was Starbucks which squatted on the corner and stared at him. Everyone in the world went to Starbucks, and they all sat outside with their coffee and judged.

His dad was sitting on the sofa, tying his shoes. He looked up at Aaron. “Why not?”

Aaron was sure his parents didn’t know how much he hated the intersection and feared Starbucks. He was also equally sure they would laugh if he told them. He needed another reason.

“I have to take my towel,” he said. “I can’t carry it all that way.” No one walked around in public with towels. His parents would understand.

His dad looked at him incredulously. “Are you serious?”

His dad laughed. “You’ll hang the towel over your neck. Now let’s go.”

Walking to Nate’s, Aaron kept his towel rolled up tight and tucked under his arm; he felt less conspicuous that way. But it was also inconvenient. He had to keep shifting the towel from one arm to the other. His arms quickly tired, but when he asked his parents to help they refused. Carry it around your neck, they said. No way. He didn’t want the world to see he was walking down the street with his parents carrying a huge blue and white striped beach towel.

Precisely five minutes into the walk, they reached the intersection. It was 6:42 p.m.. and even though rush hour was past and the light was getting dim, Aaron still felt utterly exposed and vulnerable as thousands of eyes watched him from inside their cars. He wedged the towel tighter under his armpit.

The light changed, and they crossed the street. Aaron checked his watch. It was 6:43 p.m.. He felt better with the intersection behind them, but Starbucks with more windows and people and eyes waited ahead of them.

They would pass it at approximately 6:49 p.m.. He switched the towel from his left armpit to his right so it would be out of sight.

Aaron groaned inwardly. His dad was always coming up with games to pass the time: The Alphabet Game, The What If Game, The I-Wish-I-Were-Dead Game. That last one wasn’t an actual game, but it summed up how Aaron felt about his dad’s games. His mom, to his right, said nothing, so Aaron asked, “What game?”

“The Rock Game. If you see a rock or a pebble, pick it up, and whoever has the most rocks at the end wins.”

Now his mom spoke, “Why are we picking up rocks?”

“I need them to make a cairn in the aquarium.”

Aaron looked expectantly to his right to catch his mom’s reaction. Lately all Dad talked about was his aquarium and his fish, and Mom was bored with the topic. She rolled her eyes and her hair fell forward, obscuring her profile. Aaron always wondered at that. His mom didn’t like anything touching her face or neck. She never wore necklaces or dangling earrings, and she kept her hair cut short and styled it so it stayed out of her face. But for some reason, when she was irritated, her hair had a way of moving forward and hiding her profile so he couldn’t see her eyes.

Just then his dad bounded off the path, picked up a rock and dropped it into one of the pockets of his oversized cargo shorts. The shorts billowed around his pale, hairless legs. Aaron looked back at his mom and realized she had kept moving and was already four-and-a-half yards ahead. He jogged to catch up and slipped his hand into hers.

She looked down at him and smiled. “Hello, Kitten.” His mom liked to tease him about holding hands. He didn’t care. He thought it was funny, and holding hands made him feel safe.

He heard his dad’s feet thumping against the pavement as he ran to catch up with them.

They kept walking. Every few minutes his dad would stop to pick up a rock. Aaron and his mom always kept going. If they got too far ahead, he’d call after them, “Guys, wait up! I’m picking up rocks!” By now, the pockets of his cargo shorts were bulging and they rattled when he walked.

“How come I’m the only one picking up rocks? If you all would help we’d have…”

Aaron wanted to laugh but didn’t want his dad to know he was listening. He heard his mom chuckle quietly. She said, “Joseph, I don’t even know what I would do with rocks if I found them. My pockets aren’t big enough.”

“Give them to me. I have plenty of pockets.”

Seven pockets. Aaron had already counted and now three of them looked like they were ready to tear away at the seam. He imagined the pockets splitting, losing a stream of pebbles down his dad’s legs. Like if a golem could pee, and this time he let himself laugh.

They were four and one-half minutes from Starbucks when his dad squatted by a ditch and began scooping out handfuls of gravel that glittered with mica. Aaron felt his mom grip his hand and pull him along. “Come on, let’s lose him,” and they started to run. She was laughing. Once they turned the corner just ahead, they would be out of sight. Aaron stole a look behind him; his dad was still filling his pockets, oblivious. He ran faster and within a few seconds he and his mom rounded the corner and slowed to a walk. Dad was out of sight.

“We lost him!” his mom said. Just then he heard his dad running to catch up. The rocks rattled in his pockets and his feet slapped against the pavement with the extra weight.

“Hey!” he called. “You guys must not have realized I was still back there.”

Next to him his mother groaned, “He’s back.” Aaron heard the smile in her voice though, and he smiled. He was beginning to like this game.

Aaron reached out to hold hands as his dad settled into a walk next to him.

“You know you both are tied for last place, right?”

“But I never started!”

“You started the game the minute we stepped out the front door. The game is on buddy.”

“You wouldn’t say that if you were winning.” His dad hefted his pockets proudly.

“You get the prize.”

No answer. Aaron smirked. No surprise there.

They walked a bit further, no one but Dad picking up rocks.

“OK, OK, OK. New rule: For every rock you don’t pick up, you get negative 10 points.” Dad picked up another rock. “And for every rock you pick up, you get 30 points.” He picked up another rock. “And if you pick up two rocks in less than 30 seconds you get double points.” He looked up. “So far I’m winning and both of you have zero points.”

Dad shook his head. “New rule: Ties are not allowed in this game.”

“Oh really,” his mom said. “What happens if there is a tie?”

“There won’t be. Only one of you can be in last place.”

“And if neither one of us picks up a rock?”

“Then you’ll have to face off.” He paused for dramatic effect. “And one of you will have to die.”

“New rule: You aren’t allowed to lose on purpose.”

“Then I’ll win on accident.”

“You’d have to actually pick up a rock to do that,” he said, stepping off the sidewalk and heading toward a patch of gravel strewn on the side of the road.

This time his mom stopped to wait. They both watched as Dad stepped off the curb. “You better be careful Joseph,” his mom called. “You’re going to get hit by a car.” Dad ignored her and bent over to pick through the gravel. As he did, rocks spilled from his pockets, but he didn’t seem to notice. Aaron looked on as his dad filled his hands and stuffed his pockets until they bulged. His shorts had slipped down his hips with the weight and the legs swayed dangerously every time he moved. Cars with their drivers and eyes passed within feet of his dad, but he didn’t seem to care. Aaron wondered if he could ever be like that.

Finally, his dad straightened up and walked back to the sidewalk.

His mom pointed to the hundreds of rocks still scattered along the side of the road. “You missed some, Joseph.”

Aaron looked at his watch. It was 6:56 p.m.. He paled. What had happened? Where was Starbucks and the people with their coffee? He turned toward the way they had come, and there it was. Harmless and blind: Starbucks, behind them.

He turned back to his dad, and his dad was looking right at him.

“OK, OK, OK,” his dad said. “New rule: The person who finds the next rock is the winner of this game, of every game we have ever played, and every game we will ever play. Pick up one rock Aaron and you are winner for life.”

This article was featured in Issue 71 – Navigating A New Year 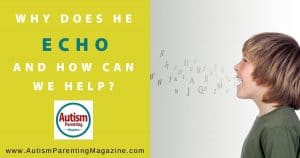