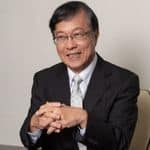 In TV ads and on grocery store shelves, it seems probiotics are everywhere. Most people understand that probiotics are “good” bacteria, fungi, and other microorganisms that live inside the intestines. They’re typically thought of as supporting gut health, perhaps by relieving gastrointestinal (GI) issues like constipation, diarrhea, and/or abdominal pain.

In animal studies, these unusual probiotic strains are able to change the levels of neurotransmitters in the brain, with corresponding changes in autism-like behaviors (Liu 2019, Erdman 2021). They do this via the gut-brain axis, a bidirectional way that the gut and brain communicate with each other. From inside the intestine, these probiotics influence how human cells in the gut lining produce and metabolize neurotransmitters. Those molecules then travel to the brain via the vagus nerve or the bloodstream, where they influence behavior.

One of these neurologically active probiotic strains, L. plantarum PS128 (PS128), appears to balance levels of neurotransmitters, some of which are known to be imbalanced in autistic people. Could this probiotic be helpful for autistic people—not only for gut health, but for neurological health? To date three different research groups have published studies on how PS128 affects clinical measures of autism. The science suggests it may be beneficial for neurological health.

L. plantarum PS128 has been studied with autistic children

L. plantarum PS128 is a probiotic strain derived from fermented vegetables. As of June 2022, PS128 is the subject of three published clinical studies of autistic children, teens, and young adults (three more studies are currently ongoing). Each of the three was conducted in a different way, and together they suggest that this neurologically active probiotic may be helpful for some autistic people, regardless of whether or not they also experience GI distress regularly.

In 2019, the first PS128 clinical study with autistic children was published (Liu 2019). It was also the first randomized, placebo-controlled trial of any probiotic that also employed multiple assessment tools specific to neurological aspects of ASD.

At the beginning of the four week study, 71 boys aged 7-15 years with a clinical autism diagnosis were assessed using five ASD-specific measures (one by clinician, four by parent/caregiver). They took PS128 or a placebo twice a day for four weeks, and then were assessed again. Participants experienced benefits that were observed by their parents as less anxiety (19%), reduction of repetitive behaviors (12%), and reduction of opposition/defiance behaviors (17%).

Another study compared use of PS128 to a variety of gut-health focused probiotics over a six month period by 130 autistic children and teens (Mensi 2021). This was a substantially longer time than was used in the initial one-month PS128 autism study. This study utilized a “real world” design, rather than a randomized, double-blinded, placebo-controlled methodology.


All children were scored for autism severity by the same clinician at the beginning and end of the study period. At the beginning of the study, most patients had a severe form of ASD as measured by CGI-Severity (86% were five or higher), and fewer than half had GI symptoms. After six months, 87% of children taking a daily dose of PS128 showed overall improvement, with many showing notable improvement in CGI scoring. Only 40% of children taking another probiotic that had been prescribed by their physician showed overall improvement in neurological measures of autism. The most common reported changes for kids taking PS128 included increased attention, increased communication, and more personal autonomy.

In a randomized, double-blinded placebo-controlled study, 35 participants with ASD aged 3-20 years old received PS128 or a placebo for four months (Kong 2021). 58% of the people taking PS128 showed overall improvement at this stage.

After four months, all participants received inhaled oxytocin in addition to the other treatment for an additional three months. Oxytocin is a “social” neurotransmitter that has generated a lot of interest amongst autism researchers. Some autistic children appear to have lower blood levels of oxytocin than their neurotypical peers (Rutigliano 2016), and kids with higher levels of oxytocin exhibit stronger social skills (Parker 2014).

80% of patients receiving both PS128 and oxytocin treatments showed a general improvement in neurological health at the conclusion of the study. Interestingly, animal studies suggest it may be possible to induce oxytocin production with the neurologically active probiotic Lactobacillus reuteri (Erdman 2021). This could potentially allow more oxytocin to reach neurons in the brain that are involved in social behavior via the gut-brain axis compared with inhaled oxytocin.

Neurologically active probiotics are an option for autism

ASD is often described as a gut-brain condition, with gastrointestinal and neurological symptoms existing side-by-side and influencing each other. Probiotics of various kinds could therefore potentially benefit autistic people.

Gut health probiotics may be beneficial for constipation and cramping, especially in combination with a probiotic-friendly diet where possible. Bringing gut function into balance may also help significantly with mental health, as people may feel less pain or anxiety when they experience fewer GI issues.

Probiotics that address neurological health may be beneficial as well. Many people with a neurodevelopmental condition such as ASD have an imbalance in serotonin or dopamine activity. These molecules are produced by gut cells, and exert their effects in the brain via the gut-brain axis. Their levels may be imbalanced due to gut dysbiosis and could potentially be helped by taking a neurologically active probiotic such as PS128.

The three studies mentioned above suggest a trend toward fewer neurological behaviors associated with ASD when using PS128. Results in these trials were generally independent of whether or not there were underlying GI symptoms. PS128 also potentially has an add-on effect when it is combined with inhaled oxytocin.

We recommend trying a neurologically active medical probiotic containing L. plantarum PS128 for three months to see if it helps. Probiotics are generally recognized as safe for many people, with some caveats. Confer with your healthcare provider to see if PS128 or other probiotics are safe for you or the autistic person in your care.

This article was featured in Issue 140 – Understanding Diagnosis 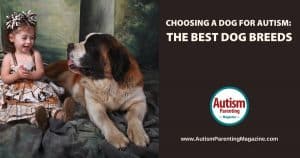 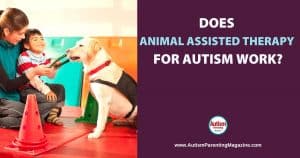 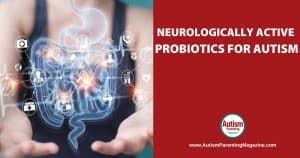 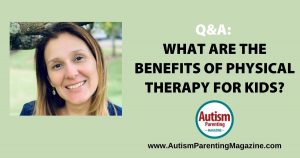 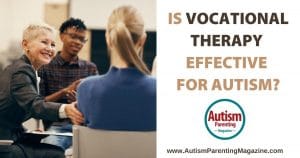 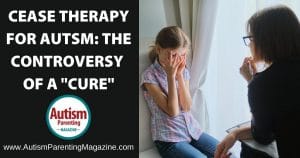 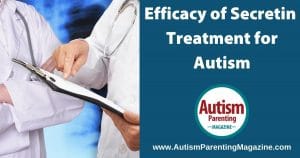 Read More
511
SHARES
Share on FacebookShare on TwitterShare on Pinterest
We use cookies on our website to customize our marketing and give you the most relevant experience by remembering your preferences and repeat visits. By clicking “Accept”, you consent to the use of ALL the cookies. However you may visit Cookie Settings to provide a controlled consent.
Cookie settingsACCEPT
Manage consent