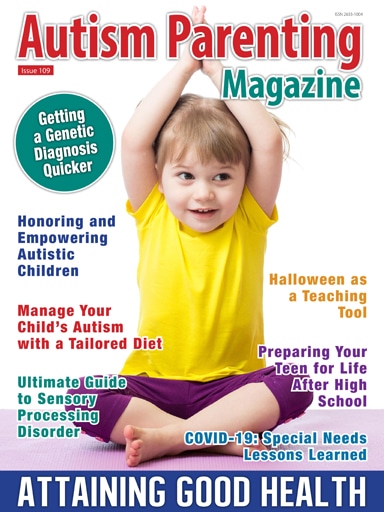 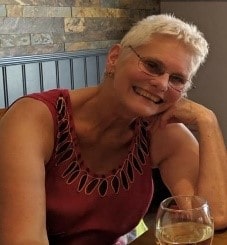 16 dirty nappies a day, feeding every hour and constant screaming! I was a qualified children’s nurse and already had a son. So, what was I doing wrong? If her brother hadn’t been such an easy child, I really think I would have lost my nerve.

I was desperate for help but the professionals weren’t bothered, even when Rachel lost over 1 Kg in weight at 10 days old. Even more, when Rachel heard a sudden noise, she would throw out her arms with her head thrust back and ‘jumped’ from the pram mattress until she was 18 months old.

As Rachel grew older, she began to enjoy picture books, but always held them upside down. Even when corrected, she reversed them. Although extremely healthy, she often screamed and had tantrums where she threw herself onto the floor, thrashing her arms and legs about for up to 30 minutes.

She also needed constant company while awake but unfortunately, needed very little sleep. If guided by an adult, Rachel loved doing jigsaws or sticking at playschool, but if left to her own devices, she just ran around the large pieces of apparatus. At home she seemed fixated on playing “Mummies and Daddies”, which simply meant enacting out every day routines.

Even though she was good with jigsaws, she didn’t play with her other toys; it was as though she didn’t know how. Rachel’s language was also slow to develop and she avoided describing things by demonstrating and instead used pointing and saying “that,” “there,” “this one” or “those.”

On her first day at school, Rachel refused to draw a portrait of herself when asked but she was really just protecting herself as she knew it was beyond her ability. She also wrote her name back to front in reverse-mirror image and was slow learning to read but her teacher just said she was “a highly- strung child and taking longer than usual to settle.”

Moreover, if asked a question, Rachel only replied with, “Yes,” “No” or “I don’t know,” giving the impression of that she just wasn’t smart. By the time she was 6 ½, I was dragging Rachel to school as she sobbed every day but whenever we asked for help, we were dismissed as fussy parents expecting too much from our daughter.

Remarkably, Rachel had a good reading age by 7, but if asked about the story, she couldn’t answer. Her school books showed that half her writing was mirrored, including her number work by writing 12 as 21, and reversed number shapes. She was also clumsy; preferring to duck rather than catch a ball, couldn’t use a skipping rope and although she loved dancing, had great difficulty in remembering a simple sequence of steps.

I discovered that Rachel didn’t learn by being told or shown, but needed to use tactile methods. We then felt as though we were educating her ourselves as we taught her how to crawl, catch a ball, hop and skip before trying to teach her literacy skills.

We also taught her about body shape and prepositions before teaching her how to trace out her name with her index finger on any rough surface like carpet, embossed wallpaper, or sand and made letters from playdough or plasticine.

We finally wrote out letters in rainbow writing to reinforce the shapes in her mind. For tens and units, we made a hundred cubes of 1 (cm) dimension each to represent units; and ten rods; each measuring 10cm by 1cm to represent the tens.

Therefore, by laying down 10 cubes alongside a rod she could see that 10 units were the same as one ten. For addition, she counted out all the necessary cubes for the units and then swapped them over in groups of tens for a rod, until she could see how many units were left to write in the answer box.

She would then count up her tens rods including any that she had transferred over from the units and consequently got the right answer. I don’t think she entirely understood the concept for some time, but at least she began getting more ticks at school.

At home Rachel spoke freely but muddled her words by saying things like, “I’ve swutched the rectangle on,” meaning “I’ve switched the radio off”. If we misunderstood her, she’d fall to the floor and sob for up to half an hour. If we tried explaining something to her, she’d either walk away or close her eyes, saying, “I can’t see it!” Eating was another major problem, but her tremendous fear of anything she didn’t understand was the most difficult to manage.

For example, inflatable objects that could change in size and shape, sand that wasn’t as solid as the ground, and any moving water like the sea or rivers. Sudden load noises, especially motorbikes that sped past us on the road were a constant problem.

So if Rachel came remotely near one, even in a display window, she would freeze with fear and had to be carried past. A crash helmet was equally as frightening to her as she didn’t know which part might make that awful noise! Rachel also found the climax of a film, either in the cinema or on TV, frightening so rarely watched television.

Even Father Christmas became such a phobia that he had to be sent a note one year asking him to leave any presents for our house in the garden shed before she would relax and go to sleep.

Any new environment or situation resulted in alarm, with her screaming, sobbing, clinging to us like a limpet or halting to the spot holding herself so stiff that she couldn’t bend, making it very difficult for us to carry her. We therefore had to prepare Rachel carefully about any excursions, otherwise she became confused, insecure, and/or even hysterical but she only really learnt through experience.

Nevertheless, we were continuously told by GPs, Paediatricians, Health Visitors, teachers and even friends and family that there was nothing wrong with Rachel, she was no different from many other children, she was just bad-tempered or strong-willed.

Senior school almost became impossible and she was withdrawn from several subjects. Subsequently, Rachel struggled through mainstream education, with little or no help from professionals until we finally secured a full assessment when she was 16 years old.

We were then told that she had been born with a Semantic Pragmatic Language Disorder on the beginning of the autistic spectrum and should have attended a special school for pupils with communication problems. I was shocked to hear that Rachel’s disorder was on the autistic spectrum.

I think my initial reaction was probably denial, until I remembered how she hadn’t been able to understand jokes, couldn’t cope with change, and all her unaccountable fears and phobias. As I thought about this on the train home, it all gradually began to make sense.

Following her diagnosis, Rachel eventually entered a sympathetic college at 17 years old, where she managed at last to realize her own dream in passing the highly esteemed Nursery Nursing Education Board (NNEB) exam!