Home » Autism Books » Living in Two Worlds: On Being a Social Chameleon With Asperger’s

Living in Two Worlds: On Being a Social Chameleon With Asperger’s 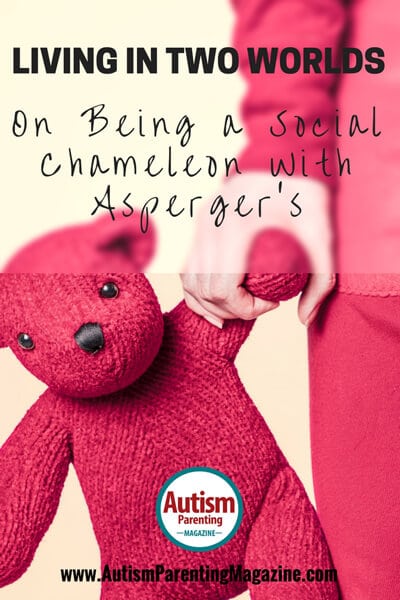 The book is a memoir detailing life growing up on the autism spectrum.

It’s a cloudy day out. I follow Corey and a few other boys over to the side of the school where some of the kids race the buses as they come in, dropping more kids off.  Corey and his friends are pushing each other, playing a game of cops and robbers. I saw something like this on TV once. This is where the good cop who pretends he’s a bad guy takes the criminal and presses him for information.

I take Corey by the front of his leather jacket with all of my strength and push him up against the wall. He moves a lot easier than I thought he would and when he hits the wall his eyes look a lot bigger than normal.

I look away into the window we are near, and I see my speech therapist, Mrs. M, sitting at her desk and eating. It’s weird to see teachers eating; they have lunch but no recess. I shake Corey a little bit, and I realize Mrs. M is standing up.

I know this moment. This is how I felt in the instant I pushed my sister while we were jumping on the bed. She was flying through the air and I realized there was nothing I could do about it. I threw my hands up and screamed in anticipation of Laura’s crying, Mom’s yelling. Mrs. M is moving her finger back and forth at me. She’s coming to the window.

We run. I don’t want to get into trouble. I can’t get into trouble. My friend Cam and I run up the stairs to the jungle gym and across the swinging bridge. Just before the curving metal slide, we duck. The boards are very close together here, and I don’t think Mrs. M can see us.

I don’t like hiding.  I peer through a crack to see Mrs. M and a recess monitor walking around and looking. They are below us. I can’t believe she doesn’t see us.

“Should we go down?” Cam asks.

Strange using my indoor voice outside. But I look again and they’re still standing down there, looking up. I can’t just sit here like this. So I slide down.

“There you are!” Mrs. M comes shouting towards me. Her hair is short like Mom’s but she’s taller and scarier.

“Why were you doing that to Corey? That’s not nice.”

“We were just…I was playing…” The sun is coming out and pointing down right on me.

I try to tell her, but my words come out wrong, too fast, and in chunks. I am getting into trouble. My ears get warmer and I have to squint because of the sun.

Later, at home, when my eyes and nose stop running, mom sits with me, explaining. “Dylan, I’m not mad anymore. You’re not going to get into trouble. You apologized to Corey, right?”

“Yes I did.” “Okay. Maybe you shouldn’t play detective for a little—” “Cops and robbers.” “Dylan, you’re interrupting.”

Sometimes I remember to wait my turn, and sometimes I don’t. Sometimes what I have to say feels too important, like when I need to correct them. I’ll still interrupt even through college, raising my hand and considering what I have to say next rather than listening to what someone else is saying. I will wonder if I have actually improved or changed slightly. Maybe I will have just learned how to hide better.

“Maybe you should find other games to play besides cops and robbers. I know you didn’t mean to scare Corey and you didn’t want to hurt him. But Mrs. M didn’t know that. She claims it looked like you were mad at him.” “I wasn’t. I told her that. Corey wasn’t even hurt.” “I know. Dylan, you’re bigger than the other kids. It would be very easy for you to hurt them accidentally.”

I tell her “okay” and look down. This reminds me of the time I saw the obese man in the hospital and announced in front of my occupational therapist Eileen that he was fat. As for now, Mom doesn’t seem to be too upset, and since I didn’t hurt anyone, I won’t get into trouble at school.


Dr. Bruno Bettelheim was the one to coin the term “refrigerator mother” from Freudian theory.  The basic assumption was that the autism and the misbehavior that went along with it were the results of bad parenting.  Kanner himself disregarded the theory, as did others such as Richard Pollack with his book The Creation of Dr. B.

Though the theory was popular through the 1970s, and has largely been debunked, it is unreasonable to think that parents of autistic children don’t feel blame. The truth is they feel blame even when they shouldn’t have to, especially when faced with criticism.

My mother and I were walking through the grocery store (I must have been around four or five) and we came to the broccoli.  I was convinced that I liked broccoli because it was my favorite color: green.  But what I repeatedly failed to remember was that the texture of the broccoli horrified me; I would often spit it right out.  This day, my mother was adamant.  No, I couldn’t have any broccoli. I stomped and begged, yet she kept saying “no.”  Just as she told me that I could instead have one of the free cookies the store offered, an elderly woman walked by.  Not having understood the particulars of the situation, this woman gave my mother hell for denying me healthy food.

“How dare you!?” I imagine this woman screaming at my mother, who was trying to push her distraught son along and get through this store sometime today. People probably started to watch as the old woman backed down, ending her mini-tirade. Mom would have shaken it off, paying attention to the task at hand.

There’s a difference between “I won’t” and “I can’t.” The misconception is that people with disabilities like mine are simply being difficult when we don’t follow directions exactly. A teacher might ridicule me for not paying attention in class or for speaking out of turn or disrupting. The parents of higher functioning autistic kids are often the subjects of ridicule when a report such as this one comes back to them.

“If only you would discipline him, not give in to him, etc., he’d be better behaved.”

Because some of us function well enough to pass or even excel academically, teachers, professionals, and other students have a tendency to be less understanding of social difficulty. But the fact is that maybe at the time I was incapable of paying attention rather being than unwilling to. The light in the classroom may have been too bright at the time; we might have had a shift in routine (group work instead of scheduled math class); there may simply have been a beehive of voices talking at once that left me incapable of focusing my attention on any given thing. I would not have understood why dinosaur noises and out-of-context cartoon quotes would be disruptive to class.

Certainly, not all of my behavior was a result of the autism. Sometimes I was just being a stinker, like the time my sister and I wouldn’t stay quiet in church, or a meltdown I had in the middle of Toys “R” Us because I was being denied a Matchbox car.  Much of the time, it’s more complicated than either. I can’t put the buttons on my shirt or pants through the holes, but I won’t put a jacket on in thirty degree weather.  I think I picked up on this complication early and used it to my advantage.  I noticed that with every anxious apology, my mom’s tirade over me not having remembered to put her important outfit into the dryer on time faded into sympathy for me.  I’ll never admit how long I used this defense mechanism.

Some of the teachers and professionals at my first elementary school openly disliked my mother and undoubtedly thought that my behavior was a result of poor parenting on her part. Now, I understand that it can be a complicated issue. For instance, when I was about three, Mom had me psychologically evaluated. This story is a favorite of hers early on during workshops.

“Dylan went into the room to be tested and there was a one-way mirror, so I was able to watch as he was being tested. I didn’t know what to expect, but I had some confidence; I knew Dylan was a smart kid. But when the evaluator started to show Dylan colors, numbers, shapes, and letters, he wouldn’t respond. And these were all things that Dylan was already familiar with. So when Dylan was done and we were walking down the hall, I asked him, confused and quite frankly a little upset, what had happened. ‘Dylan, you know your shapes and your letters, why didn’t you tell the man when he asked?’ Dylan looked at me and told me flat out: ‘Mommy that man didn’t know his shapes or his colors or anything, and I wasn’t going to tell him!’”

In first and second grade, I apparently did not appear visibly disabled enough to receive swift and adequate accommodations. This reluctance to give me full accommodations is partially understandable in light of the fact that the time I was diagnosed happened to be about the time that Asperger’s Syndrome was becoming its own separate diagnosis. Dr. Asperger’s article wasn’t available and translated into English until the early 1990s. Therefore, the teachers and special education professionals at that school district were largely unfamiliar with the disorder. But to some extent, ignorance of the law really is no excuse.

Among those familiar with autism was an early teacher of mine. I later found out that she has a son with autism much more severe than mine. She was often happy to insinuate that not only did I not have autism but the bad behaviors I did have were almost surely the result of bad parenting. One professional even told my mother explicitly: “This child is a floodgate. If I give him accommodations, I have to give everyone else accommodations.” It is our theory that some of the nastiness teachers and therapists showed me throughout my stay in the district was a direct result of how much they really disliked my mother.  They didn’t want to appear as if they weren’t in the know; and it was probably much easier to see my mom as unreasonable and militant.

This article was featured in Issue 51 – School: Preparing Your Child for Transition 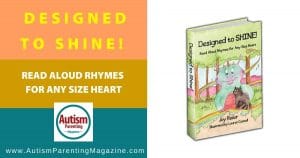 Designed to SHINE! Read Aloud Rhymes for Any Size Heart 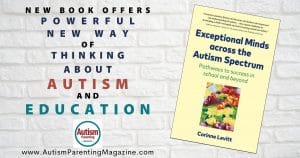 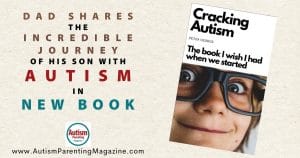 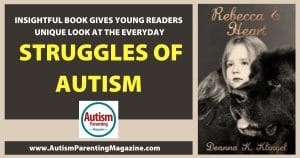 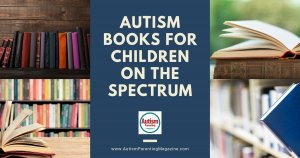 Autism Books for Children on the Spectrum 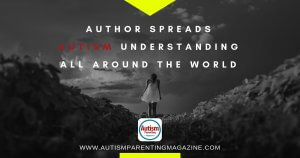 Author Spreads Autism Understanding All Around the World 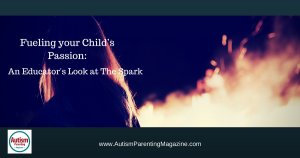 Fueling your Child’s Passion: An Educator’s Look at The Spark 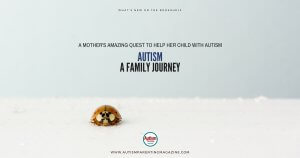 A Mother’s Amazing Quest to Help Her Child with Autism – Autism: A Family Journey 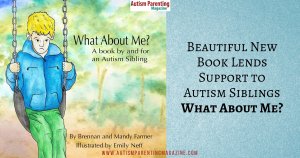 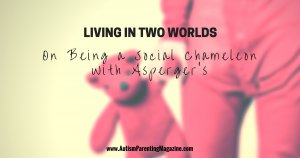 Living in Two Worlds: On Being a Social Chameleon With Asperger’s

Reframe Your Thinking Around Autism: How the Polyvagal Theory and Brain Plasticity Help Us Make Sense of Autism

Leah’s Voice – a Celebration of Inclusion and Acceptance